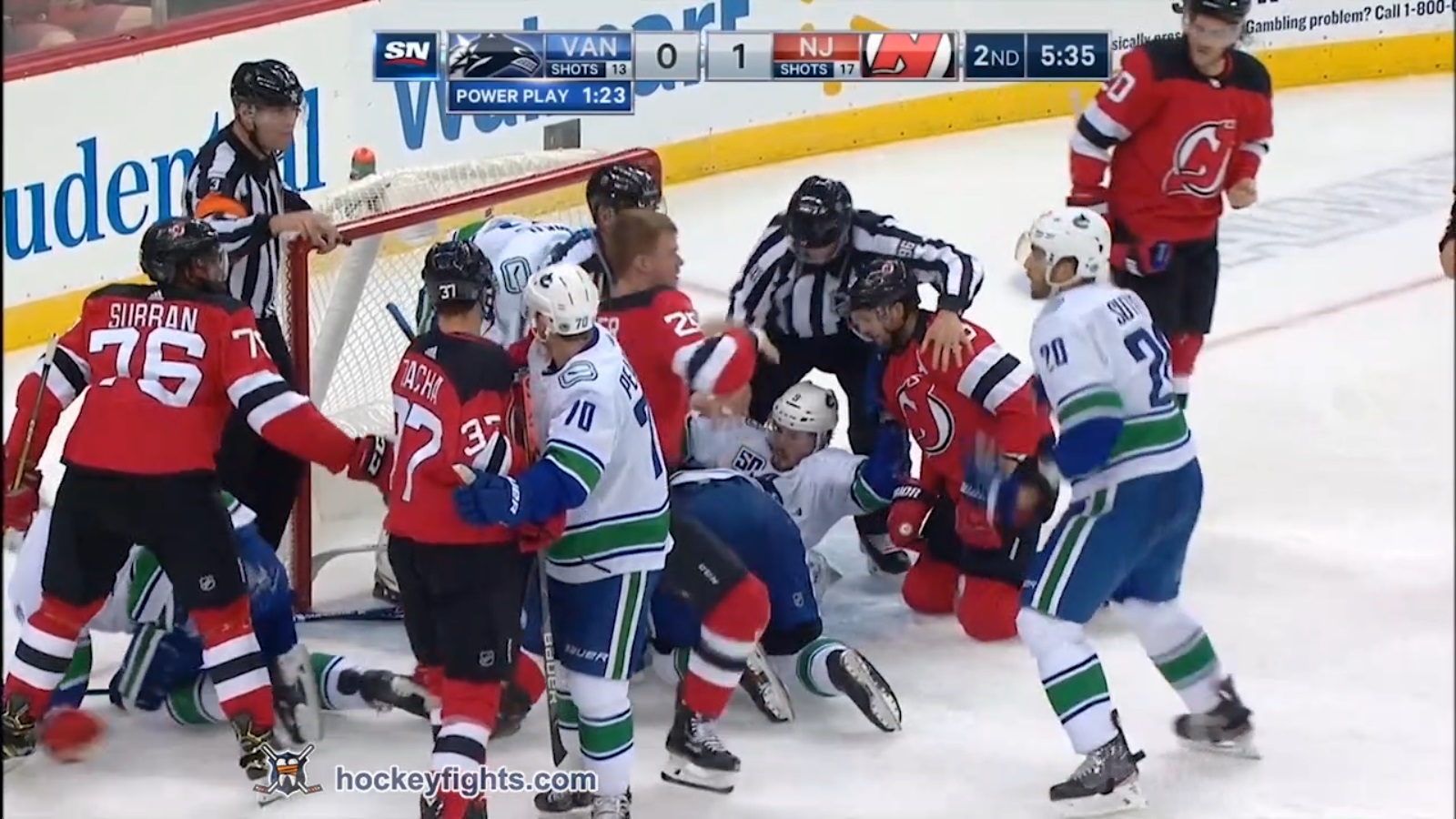 Brandon Sutter of the Vancouver Canucks

The basis of this fight is simple, it's Alexander Edler's "hit" of Blake Coleman. Coleman comes in low and Edler gets his forearm out. No angle of the video shows much contact, but Coleman's head whips back and it looks bad. The teams convene baseball style and out of the dog pile comes Brandon Sutter tugging on the arm of Mirco Mueller. The fight follows.

As the fight begins Mueller throws a two smaller punches both missing the mark before Sutter responds with his own offensive attempt that is well blocked by Mueller's control of the jersey. Sutter tucks down towards Mueller's left pant leg and Mueller folds over top of him as they both fall to the ice. The Linesmen pile on.

For Sutter, this was his first fight of the season. His last fight came in the 2011-12 season on March 17th, 2012 against Nate Prosser of the Minnesota Wild.

This was the 5th fight for Sutter in the NHL

For Mueller, this is his first fight of the season. His last fight came in the 2018-19 season on November 1st, 2018 against Luke Glendening of the Detroit Red Wings.

This was the 3rd fight for Mueller in the NHL.