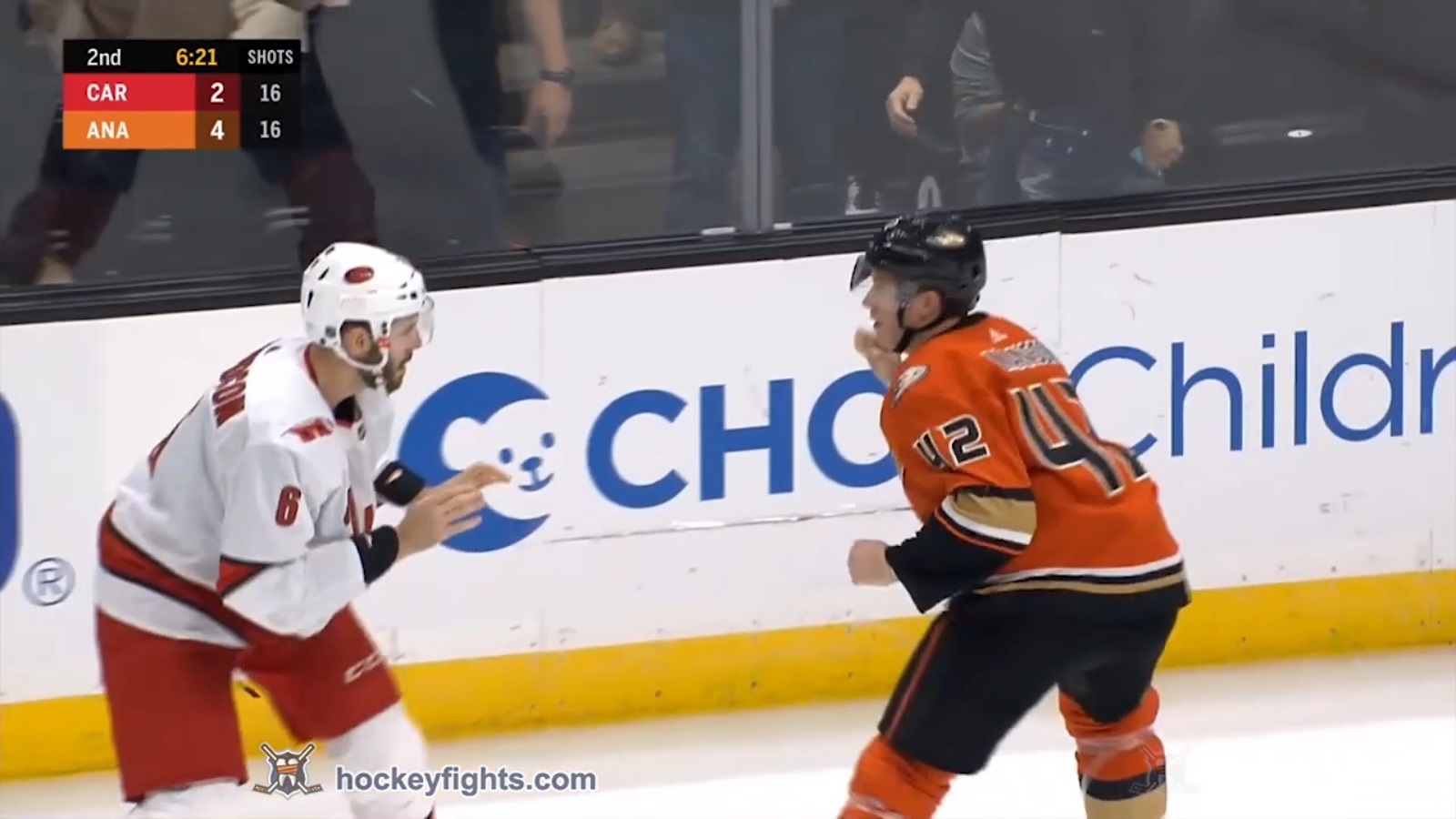 Joel Edmundson of the Carolina Hurricanes

Josh Manson of the Anahiem Ducks

Not sure exactly what brought this fight about. Joel Edmundson and Josh Manson can just be seen at the 0:12 - 0:14 mark of the video verbally jarring a bit. Then the camera pans away until the announcers notice the fight and we are squared off and ready to go.

Both guys are unwilling to give up the first clench. Edmundson stops Manson's first attempt and gets a hold of Manson's arm/wrist protector. After that disengages, the two begin to circle again. Manson looks to try and throw a punch and Edmundson seeing that closes and tries to block the attempt. Manson throws the first right, hitting Edmundson's name bar. Edmundson comes back with his own right that turns into a grab at Manson's helmet. Edmundson then tries to grab the visor with his left hand as the two close in and lock up more. A couple of seconds of hand re-positioning later, Edmundson gets his left hand free again and grabs at the visor. Manson throws a punch and Edmundson throws two back. Manson throws another catching all back. They tie up again before Edmundson's right get released and he lands two on Manson's front. Manson does his best to evade, throwing a right of his own before trying an uppercut as Edmundson goes to one knee. They tie up and Manson throws a couple of quick lefts before Edmundson connects with a right that has Manson tucking his head and the linesmen pounce on that tuck.

For Edmundson, this was his first fight of the season. His last fight came in the 2018-19 season on December 29th, 2018 against Zach Aston-Reese of the Pittsburgh Penguins.

This was the 11th fight for Sutter in the NHL

For Manson, this is his first fight of the season. His last fight came in the 2018-19 season on January 19th, 2019 against Nathan Bastian of the New Jersey.

This was the 18th fight for Manson in the NHL.