Hockey Fights is an entertainment site with no direct affiliation to the National Hockey League, its teams, or NHLPA
Home > Quick Hits (Page 30) 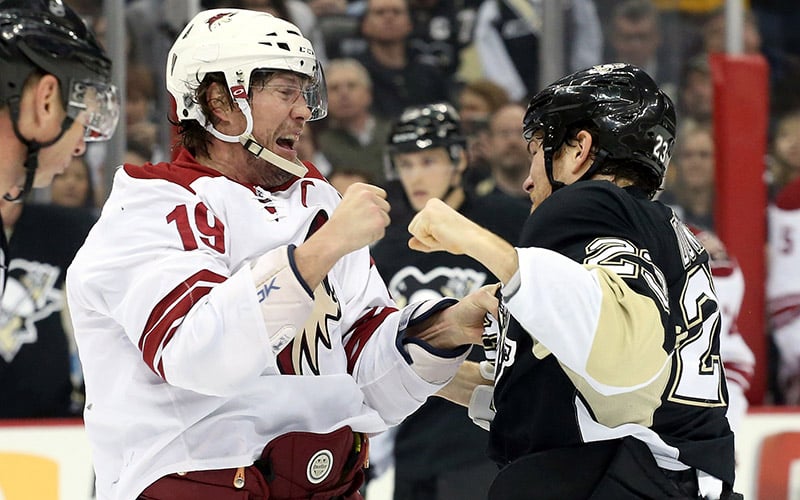 Doan Knocks Letang out of the Game, Downie Responds 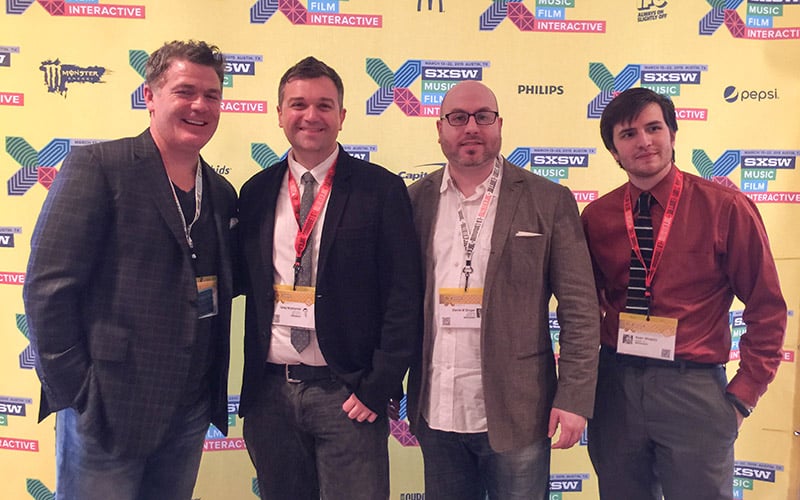 Over the weekend in Austin, at this year's SXSW Sports 2015, I had the pleasure of joining Greg Wyshynski, Brad May, and Sean Shaprio on a panel about fighting in hockey. We spoke about fighting's… Read more 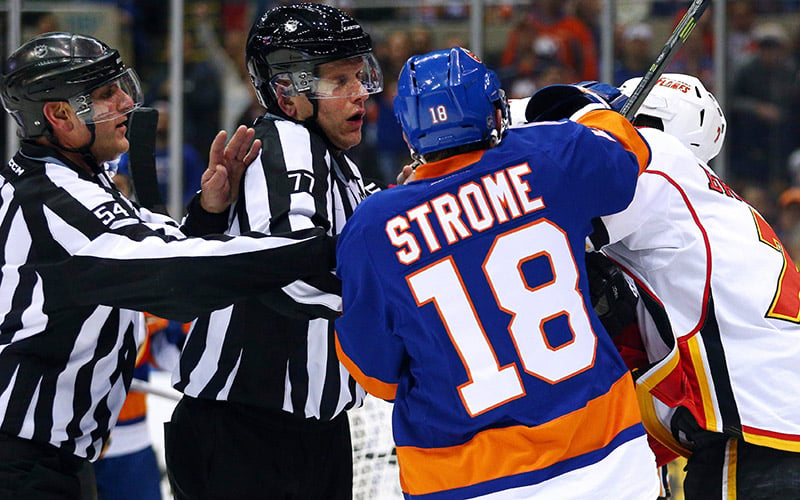 SXSW: Hockey Fighting at a Crossroads

Yahoo's Puck Daddy a.k.a. Greg Wyshynski has put together a panel at SXSW: Punch Drunk, Hockey Fighting at a Crossroads. Along with host Wysh, I'll be joined by Brad May and Austin's own Sean Shapiro,… Read more 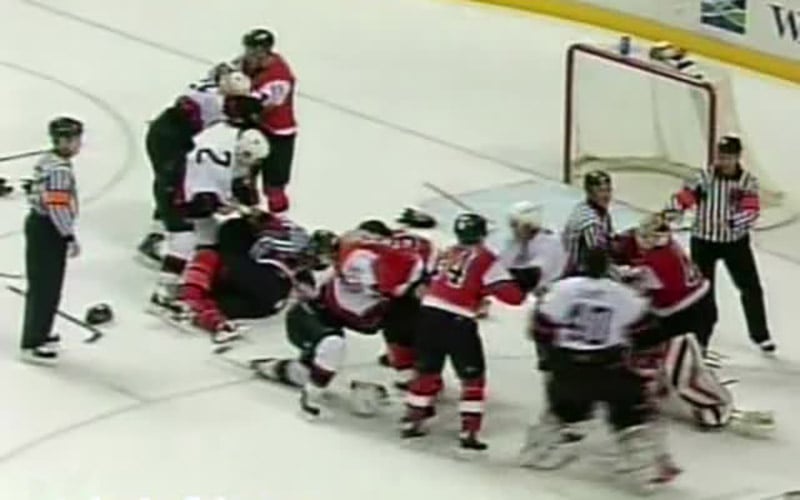 Revisiting the Mayhem: Flyers and Senators Throw Down in Historic Brawl

The March 5, 2004 matchup between the Philadelphia Flyers and Ottawa Senators was expected to be a little physical. An incident occurred between these two teams when they met a week earlier. Martin Havlat slashed… Read more 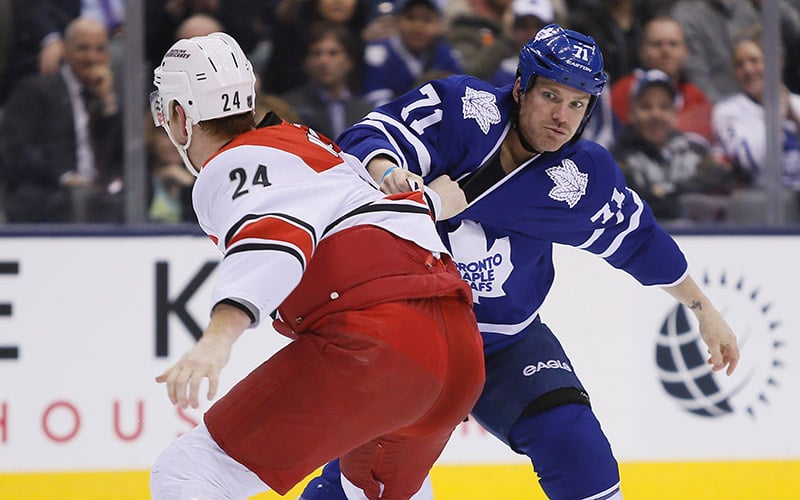 A total of 43 players were involved in 24 trades among NHL teams trying to dump salary, rebuild, or get serious about a Stanley Cup run this spring. Further down, each trade that took place… Read more 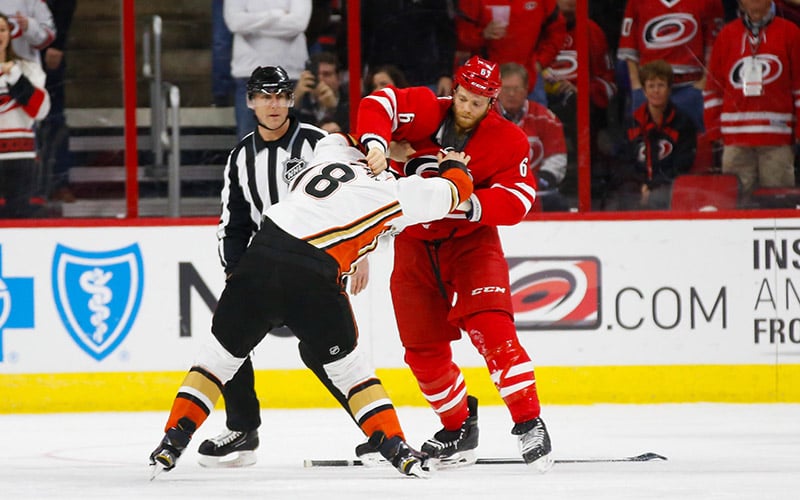 Lots of predictions heading into today, but which trades will actually happen? Fire up five browser windows, flip on your television and please don't fall for the fake Twitter accounts. Where we're following: Player Movement… Read more 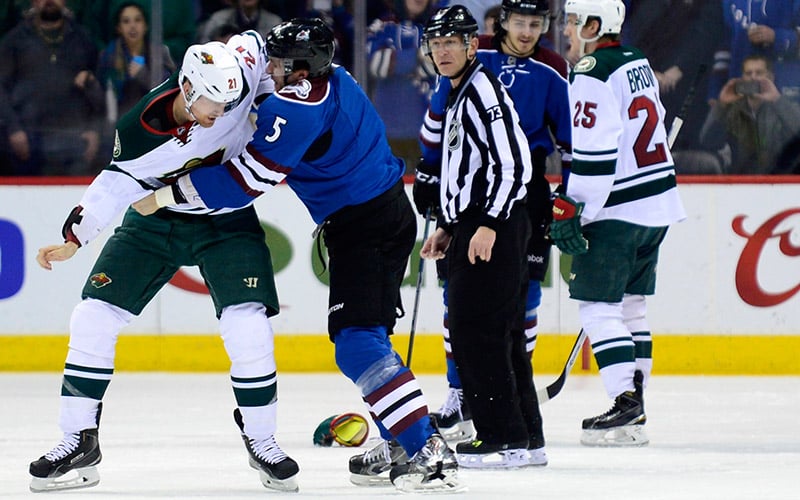 The Avs Mix It Up in Saturday Night Loss to Minnesota

Six points separated the Minnesota Wild and Colorado Avalanche in the Western Conference playoff picture going into last night's game. The 7th-place Wild had a hold of a playoff spot by one point, while the… Read more 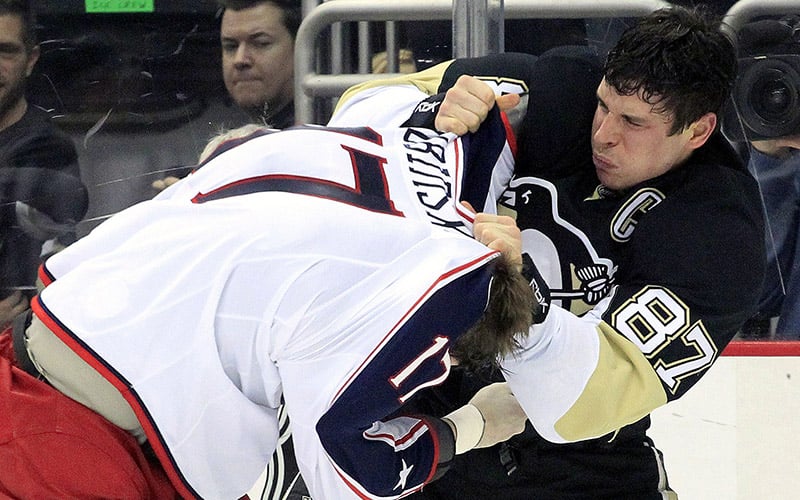 Sidney Crosby picked up his seventh NHL fighting major Thursday night against Brandon Dubinsky. Dubinsky's long been a thorn in Crosby's side, and things came to a head after Dubinsky finished a check on Crosby… Read more 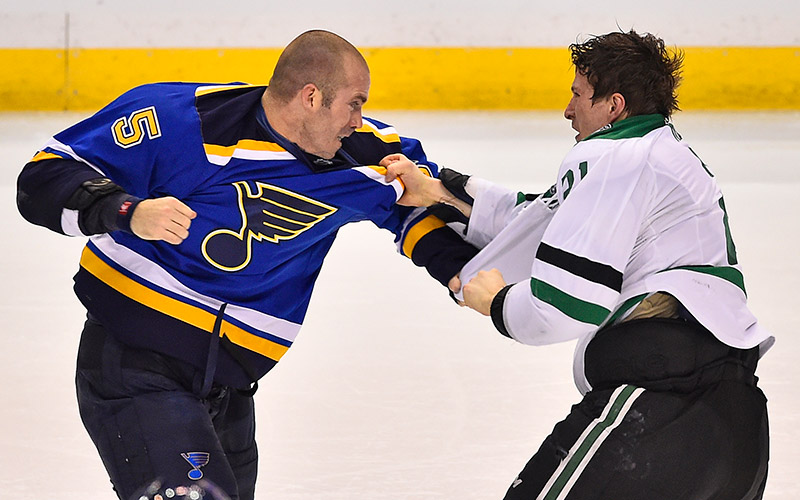 Jackman Digs at Roussel, Gets His Fight

Barret Jackman wasn't going to accept “no” for an answer when he challenged Antoine Roussel to a fight last night. The Blues defenseman got tangled up with Roussel in the Stars' zone — a little too… Read more