Hockey Fights is an entertainment site with no direct affiliation to the National Hockey League, its teams, or NHLPA
Home > Quick Hits (Page 20) 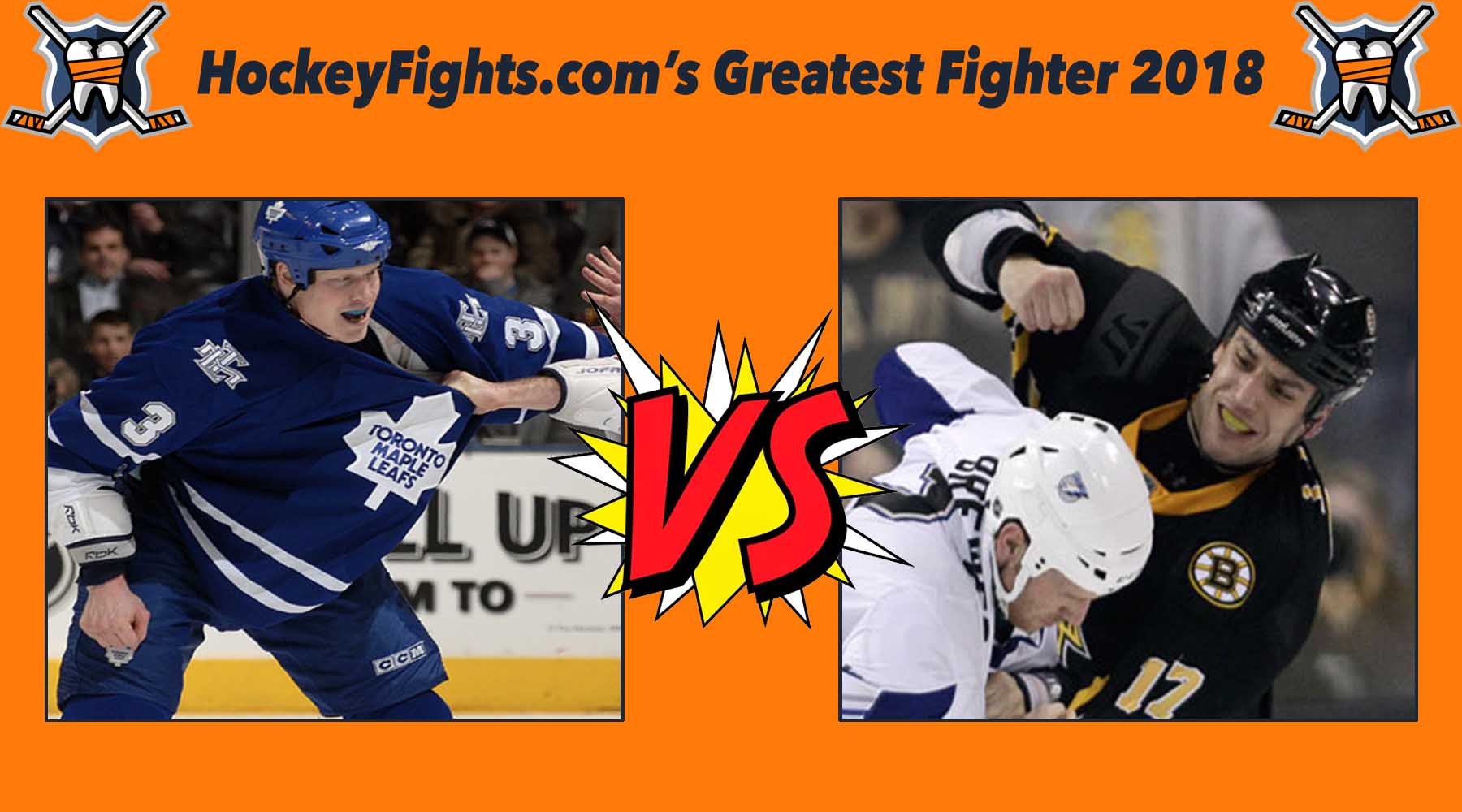 Week two of this crazy bracket challenge is off and running. We have some races to call and some winners to announce. A preview of today's action (starting later) is below as well. The link… Read more 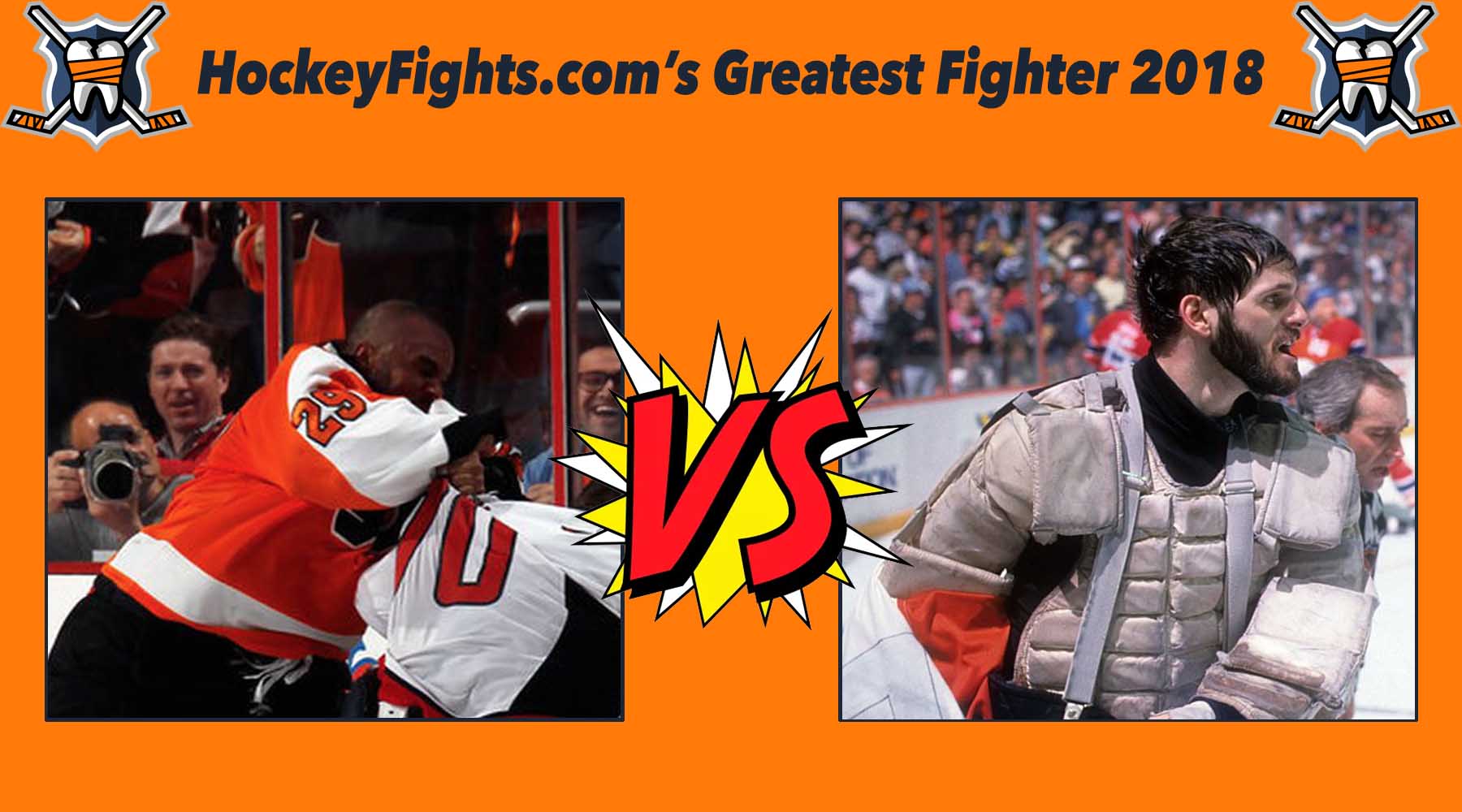 Week two has begun. After amassing an amazing 181,000+ votes we have to say thank you. The link to voting is now on both our Instagram AND twitter. Links below. Day Eight Recap: Darcy Tucker 1928… Read more 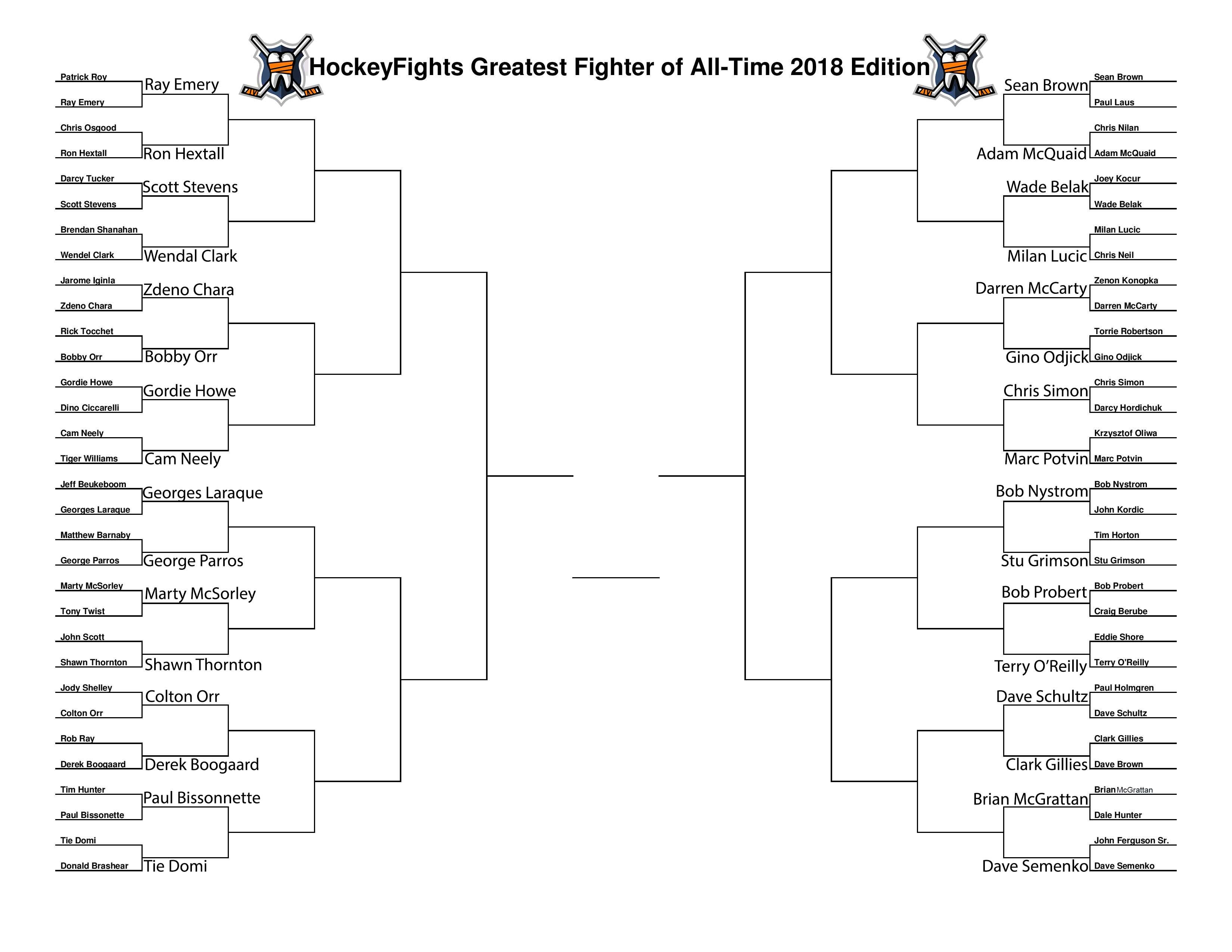 HockeyFights.com Fantasy Fighting Championship Bracket: Round One – Round One Done

Week two completed! Round one of our fantasy fighting championship bracket challenge is wrapped. The second round is planned out now. The matchups below Yesterdays Recap: Darcy Tucker 36% vs Scott Stevens 64% Matthew Barnaby… Read more 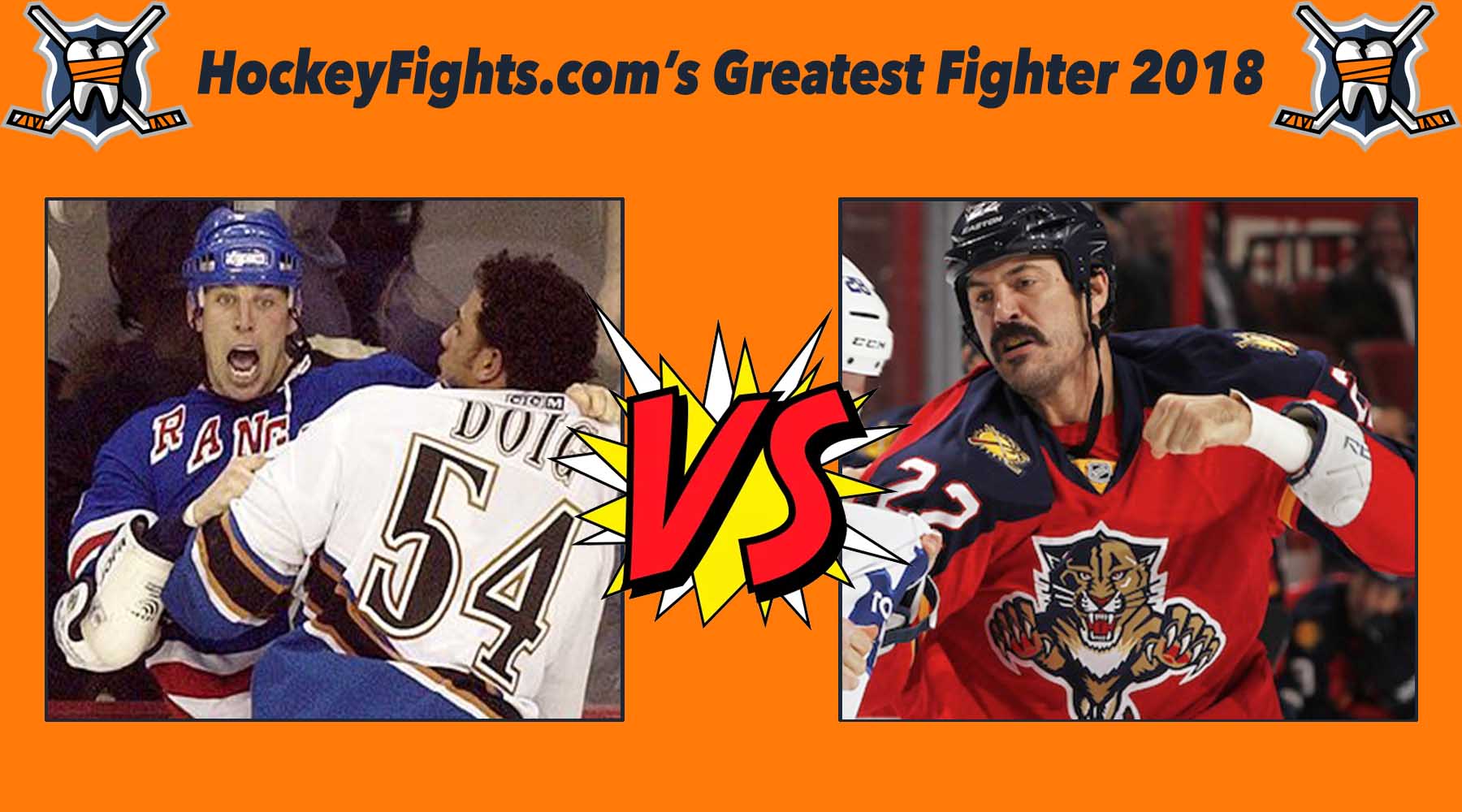 Week two is wrapping up. With only four matchups left in round one.  Who is your best looking matchup for round two? Click on any of the pictures of today's matchups below to be directed to… Read more 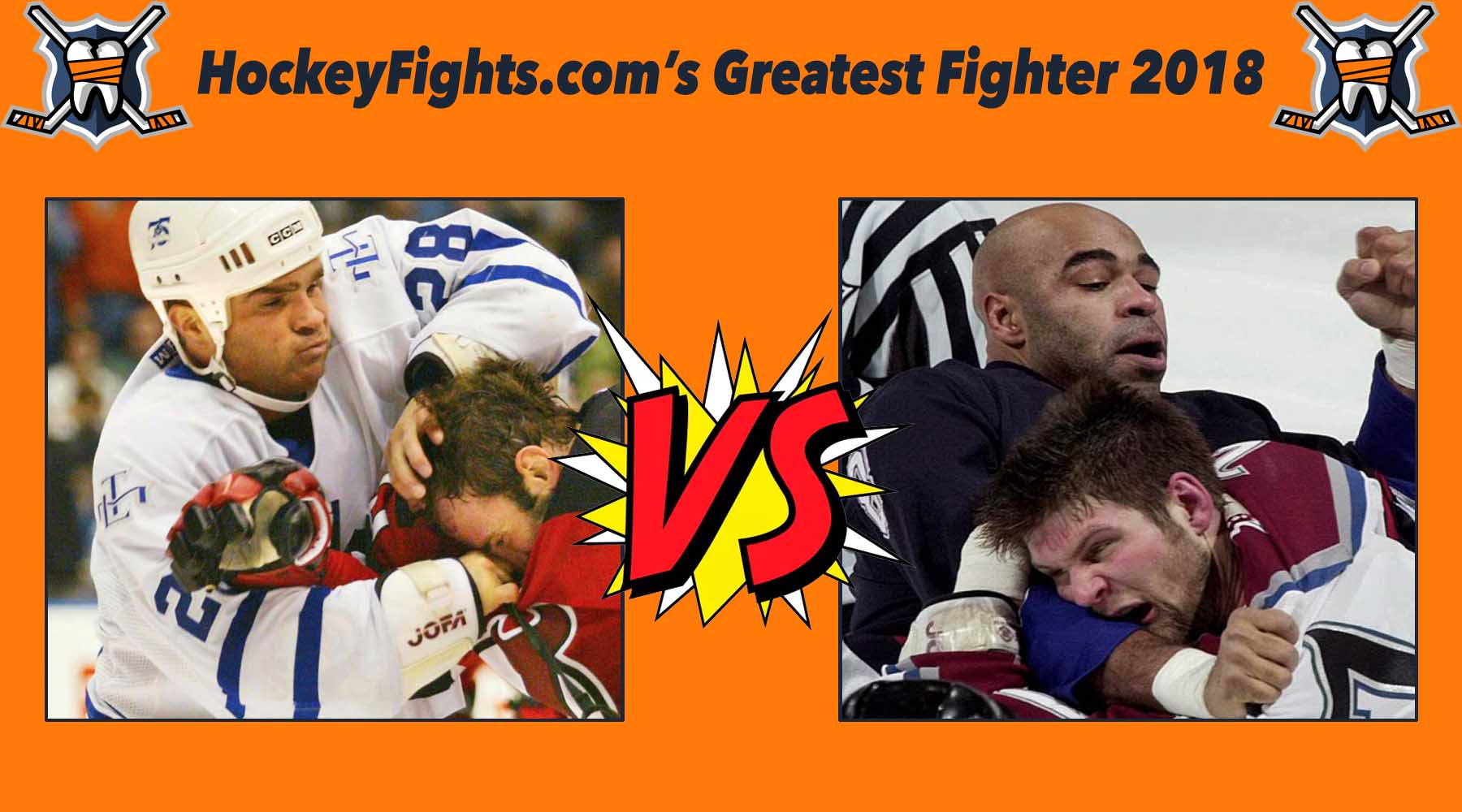 Day six is behind us and it's onto Day seven of the competition The results of Day Six voting and a preview of Day seven matchups below. Click on any of the pictures of today's… Read more 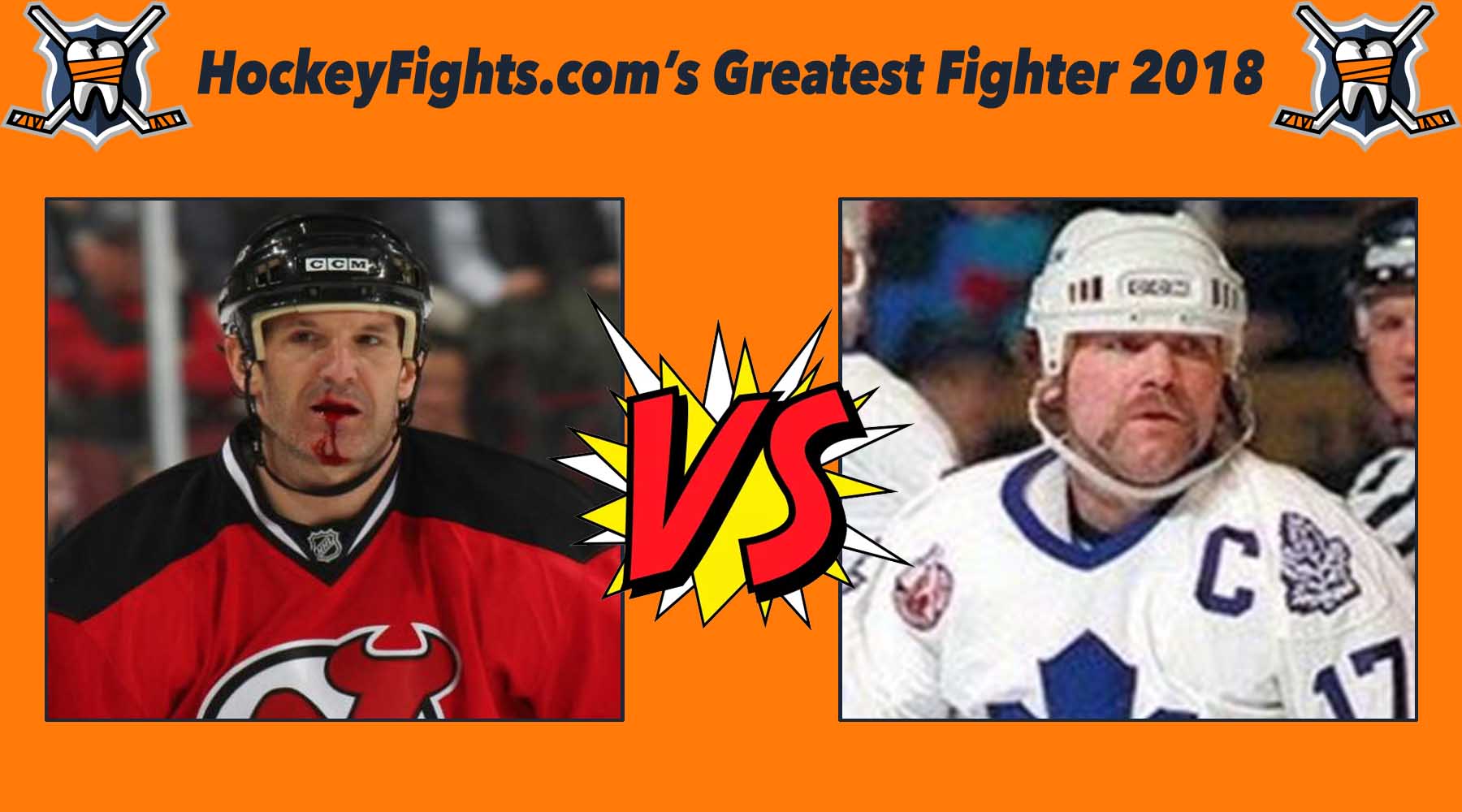 Week two is off with a bang. A big old upset and a photo mistake-marred yesterday's event.  Day seven's preview has some of the biggest matchups of the first round in it. Click on any… Read more 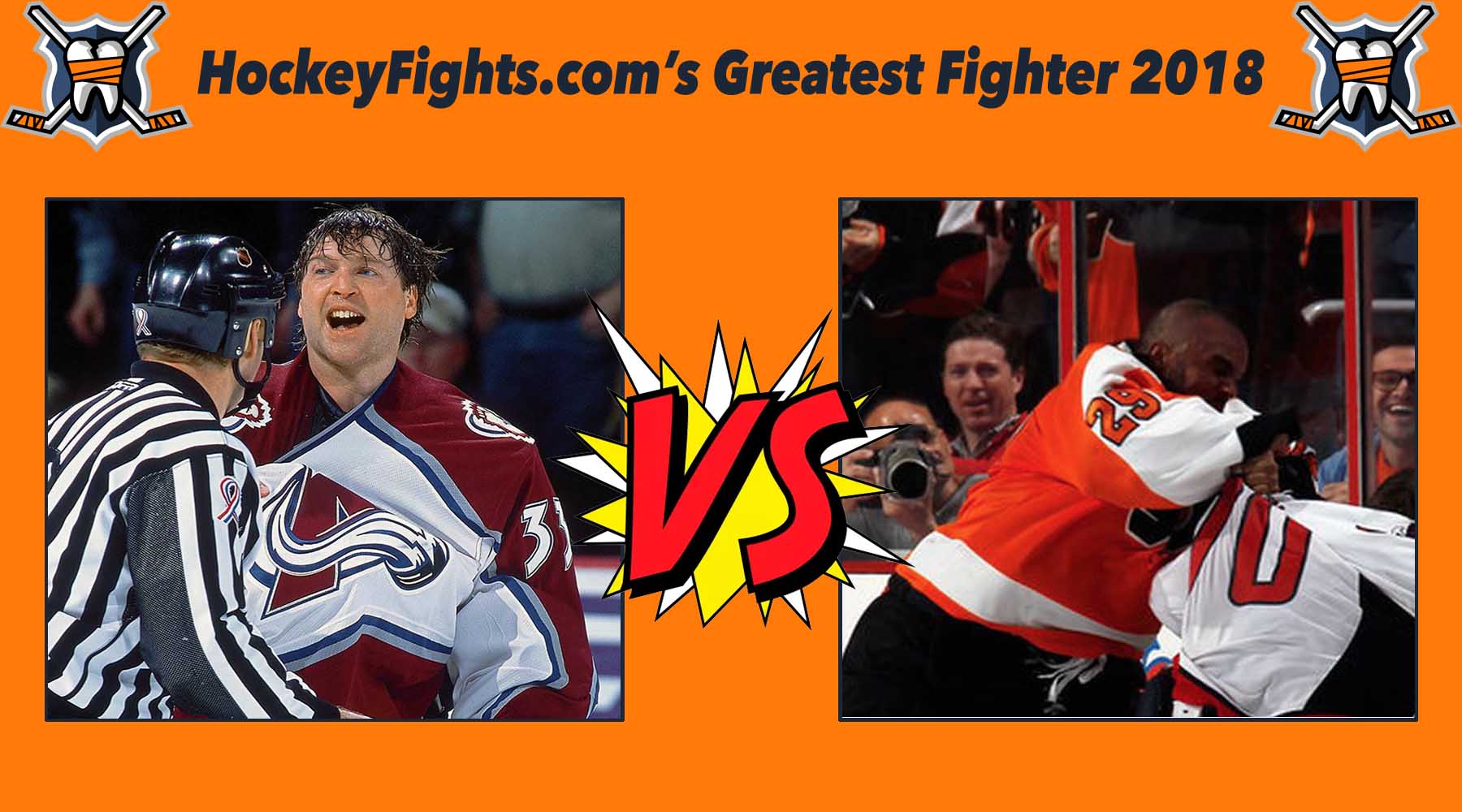 Happy Monday to everyone! Why happy? Because the Hockeyfights.com Fighting Fantasy Fighter Fight Championships are back on. Week one was a firestorm of controversy and excitement. We saw names like Chris “Knuckles” Nilan, John Kordic… Read more 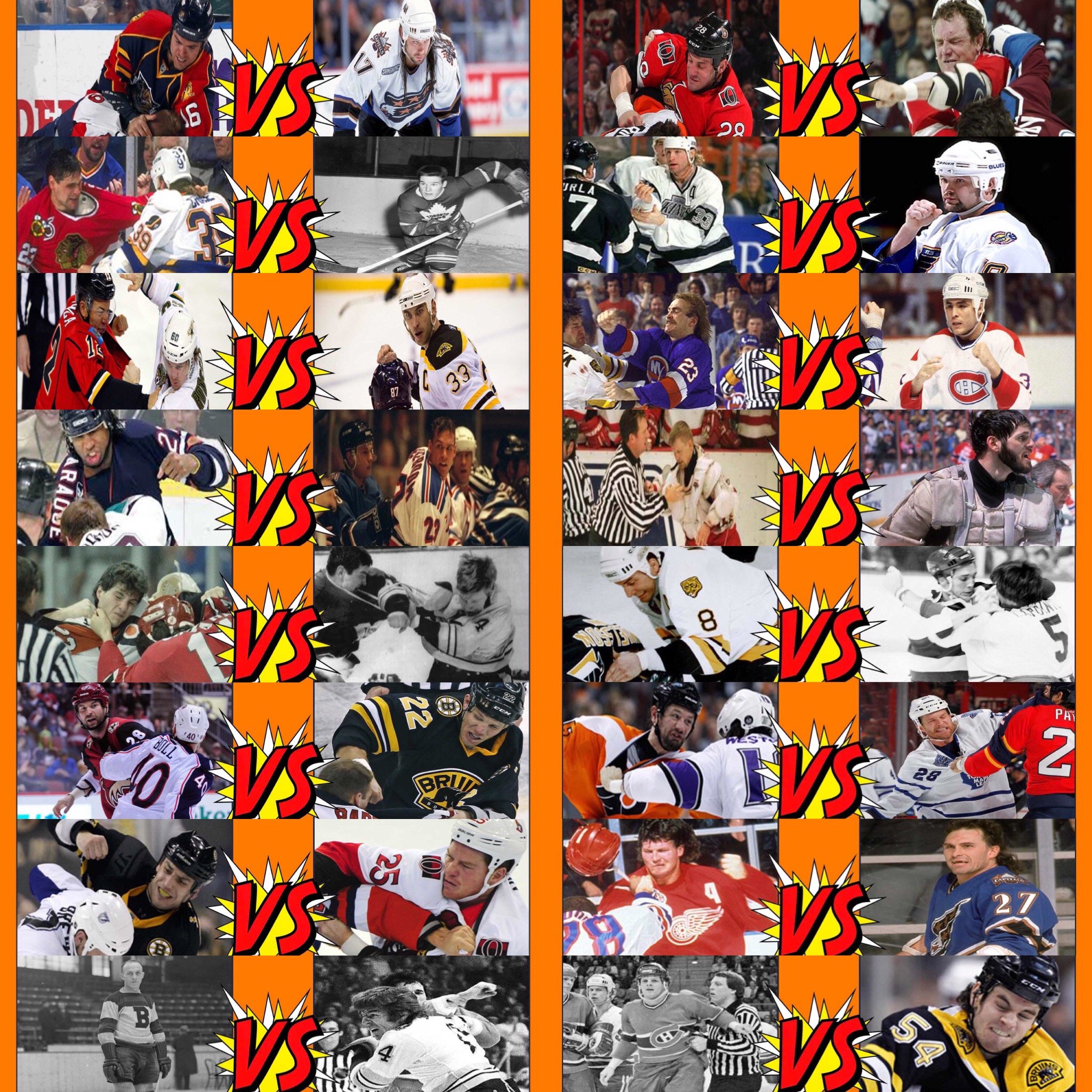 HockeyFights.com Fantasy Fighting Championship Bracket: Round One – Week One Recap

Week one of this wild ride has come to an end. Just over 85,000 votes have been tallied in the 16 matchups thus far. The response both good and bad has been great,. From Ryan… Read more 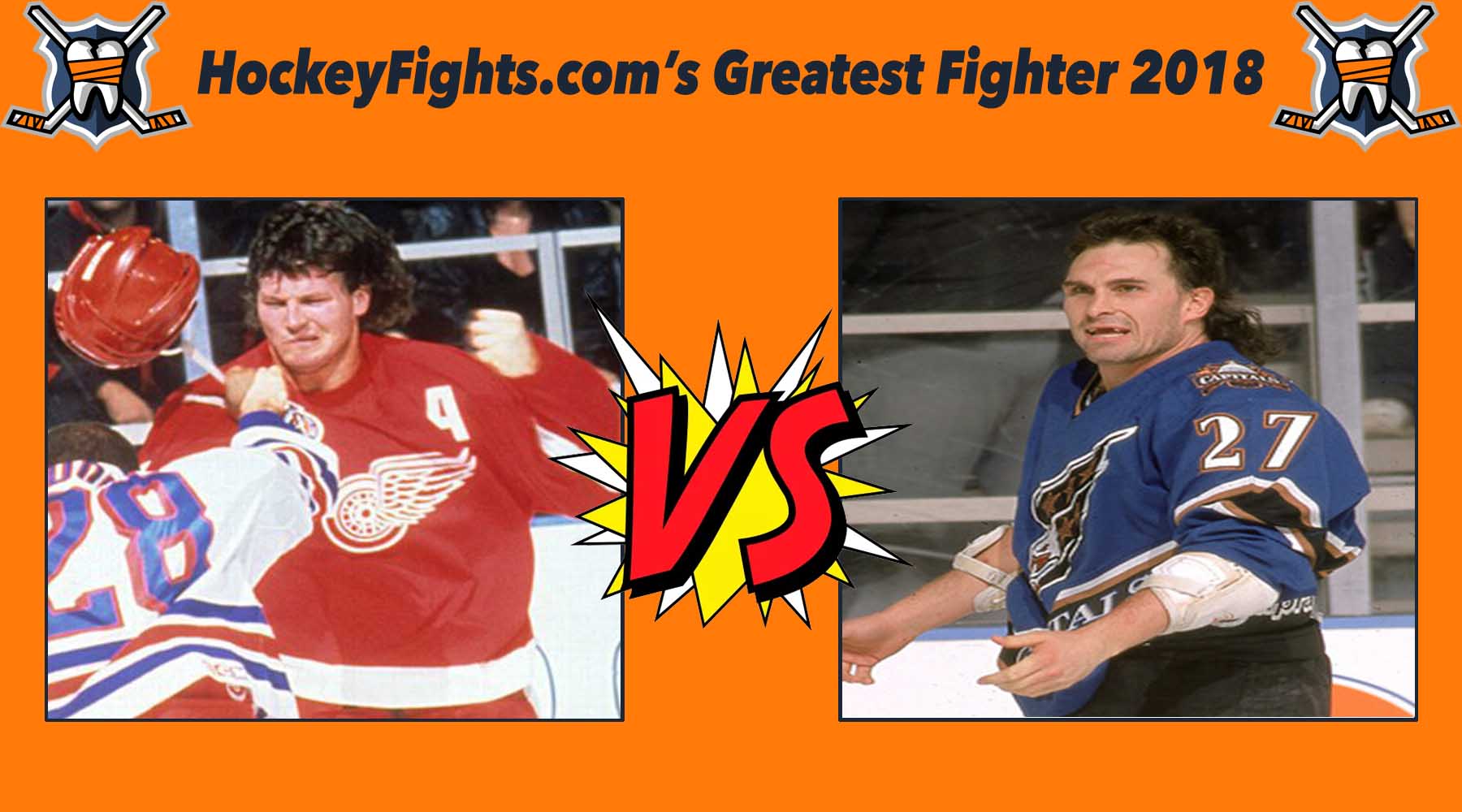 Day three is upon us in the Fantasy Fighting Fight Championships. There have been eight matchups and eight victors.  There now are either new challengers entering the arena.  Click on any of the pictures of… Read more 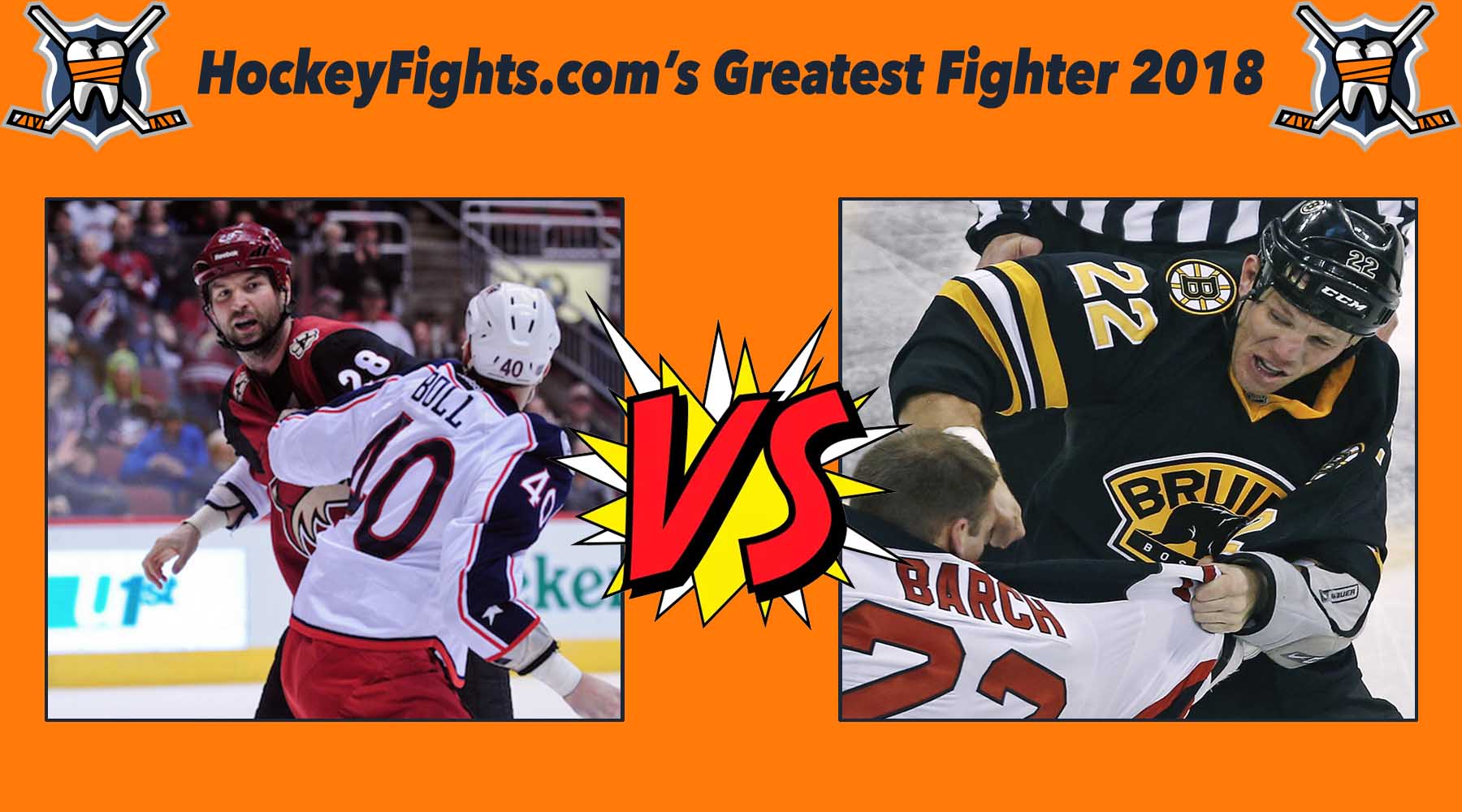 Two days down and many more to go in the inaugural Hockeyfights.com Fantasy Fight Fighting Fighter Championship. Eight new gladiators step in your fantasy arena today to be voted on to see who will advance… Read more