Hockey Fights is an entertainment site with no direct affiliation to the National Hockey League, its teams, or NHLPA
Home > Originals (Page 7) 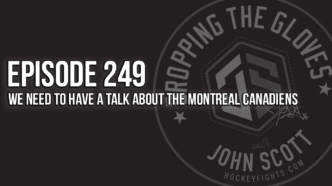 Dropping The Gloves Episode 249: We Need to Have a Talk about the Montreal Canadiens

Welcome back to another week of Dropping The Gloves content! Today, John and Tim released episode 249 of the show and discussed everything going on in the postseason, the recent NHL award nominees, and much… Read more 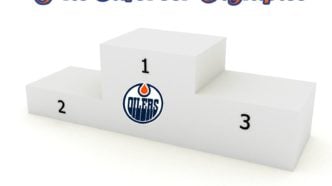 As the Edmonton Oilers suffered yet another early playoff loss, it felt like the perfect time to boost morale for Oil fans, myself included. The younger fans may not believe me, but there was once… Read more 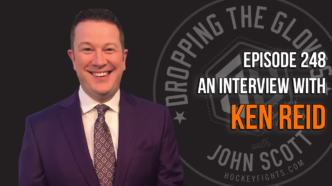 Dropping The Gloves Episode 248: An Interview With Ken Reid

On episode 248 of Dropping The Gloves with John Scott, John and Tim were joined by Sportsnet TV anchor Ken Reid. The three of them started the show discussing the Toronto Maple Leafs. As someone… Read more 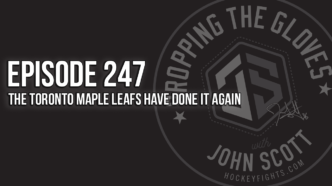 Dropping The Gloves Episode 247: The Toronto Maple Leafs Have Done it Again

Well, Leafs Nation, it happened again. After holding a dominant 3-1 series lead over the Montreal, somehow, the Canadiens were able to claw their way back into this series and win it in seven. It’s… Read more 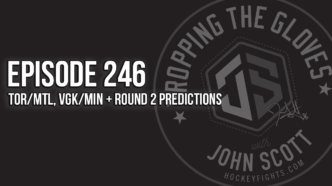 Well, Leafs Nation, how we feeling today? Toronto failed to get the job done last night on home ice after falling 4-3 in overtime after a terrible giveaway from Alex Galchenyuk sent Cole Caufield and… Read more

While there may be some special fanbases out there, Buffalo is just something special. Whether it’s the Sabres, Bills, Bisons, or Bandits, they are always loud, proud, and rowdy as hell. No more so than… Read more 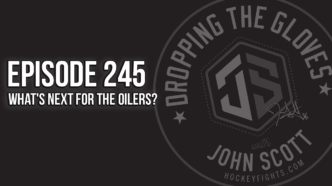 Dropping The Gloves Episode 245: What’s Next for the Oilers?

On Sunday night, the Edmonton Oilers broke their fanbases hearts in two after blowing a 4-1 lead with less than three minutes to play against the Jets. Of course, they then went onto lose 5-4… Read more 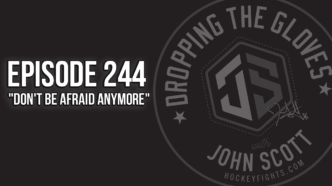 Welcome back to another episode of Dropping The Gloves with John Scott and his co-host, Tim! On episode 244, John and Tim went around the NHL world and got you up to date with everything… Read more 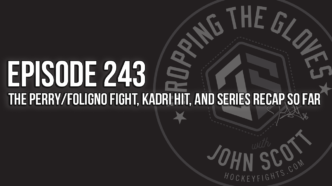 Enter the long weekend with episode 243 of Dropping The Gloves with John Scott! In today’s episode, John and his co-host Tim discussed the last couple of days of the Stanley Cup playoffs, including two… Read more 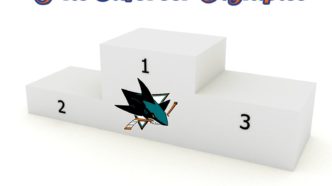 San Jose may only have a million people, but it’s the proud home of Joey Chestnut, AKA the fastest hot-dog eater, the largest Monopoly board, and Chuck E. Cheese statue in the world. 30 feet…sheeeesh.… Read more