Hockey Fights is an entertainment site with no direct affiliation to the National Hockey League, its teams, or NHLPA
Home > Originals (Page 3) 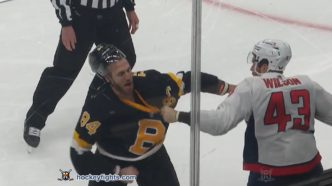 Welcome, ladies and gentlemen to one quarter of the penultimate hockeyfights preview of each of the first round matchups with a hockeyfights angle. If you would like to check out our other division previews, they… Read more

John and Tim welcomed back Vegas Golden Knights enforcer Ryan Reaves to episode 240 of Dropping The Gloves. The guys quickly talked about when Reaves can return to the ice. Golden Knights fans will be… Read more 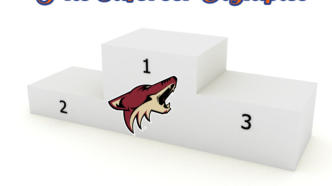 On this week’s episode of The Enforcer Olympics, we head to the home of rattlesnakes, saguaro cactuses, the first-ever Mcdonald’s drive-thru, and since 1996, the home of the Coyotes. While we would normally attach the… Read more 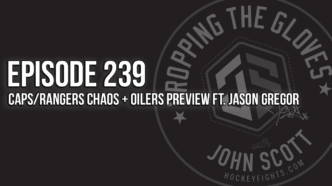 A little bit of Rangers and Capitals mixed in with a lot of Edmonton Oilers chatter was the recipe for episode 239 of Dropping The Gloves with John Scott. John and Tim were joined by… Read more 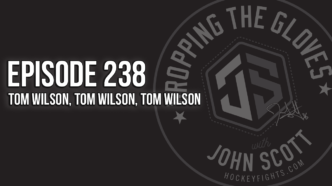 There are plenty of topics to talk about in the NHL right now. However, one stands above the rest. If you haven’t guessed by this point, episode 238 of Dropping The Gloves was focused on… Read more 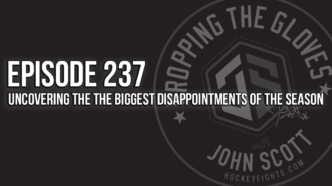 Dropping The Gloves Episode 237: Uncovering the The Biggest Disappointments of the Season

Episode 237 of Dropping The Gloves has arrived! John and Tim dove into some playoff talk in this episode, discussing who some of the most disappointing teams were, along with a few overachievers. A big… Read more 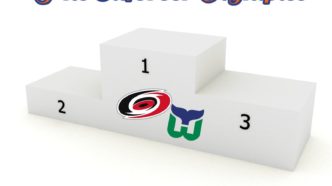 On this week’s installment of the Enforcer Olympics, we travel from Hartford, Connecticut to Raleigh, North Carolina. The youngsters may not remember the beautiful green jerseys of the Whalers, but those that remember “The Forever… Read more 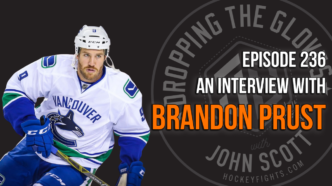 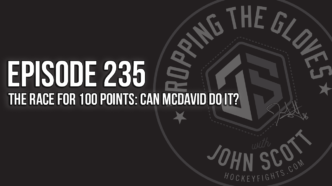 Dropping The Gloves Episode 235: The Race for 100 Points: Can McDavid Do It?

Episode 235 of Dropping The Gloves with John Scott dropped early this morning. The show kicks off with a little Boston Bruins talk. The news broke yesterday morning that Bruins forward Jake Debrusk would be… Read more