Hockey Fights is an entertainment site with no direct affiliation to the National Hockey League, its teams, or NHLPA
Home > Originals (Page 22) 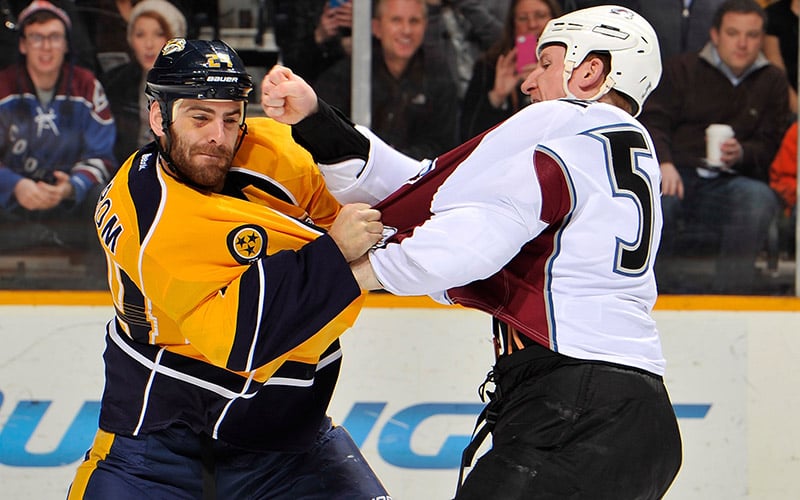 Catching Up With: Eric Nystrom

Eric Nystrom was taken in the first round of the 2002 NHL draft, tenth overall, by Calgary Flames. He made a quick debut in 2005-06, playing just two games. After a shoulder injury in a… Read more 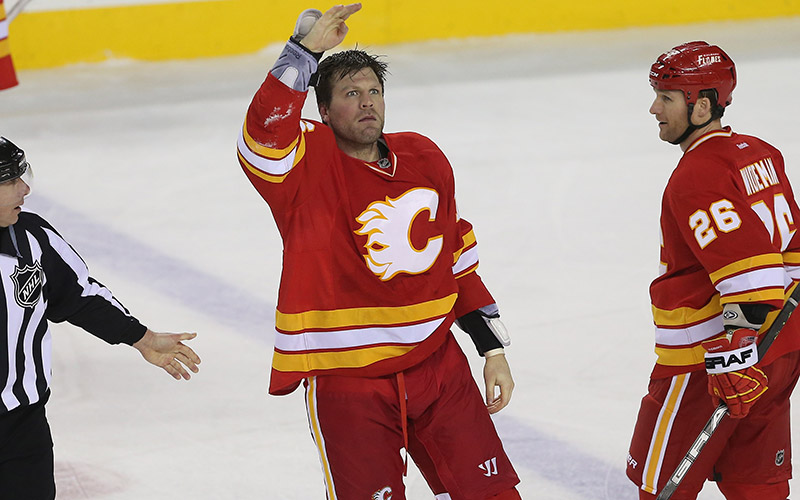 Catching Up With: Brian McGrattan

Brian McGrattan is arguably the top heavyweight in the NHL this season. He's taken on his toughest peers and none have been able to match him. More than that, he's playing night in and night… Read more 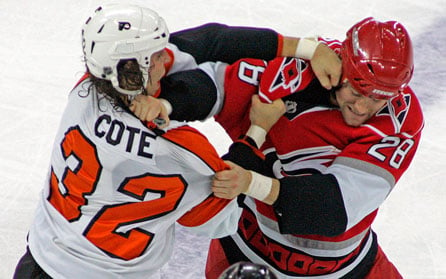 Catching Up With: Riley Cote

Riley Cote was a tough guy at all levels of hockey, and worked for years to get to the NHL. He retired after the 2009-10 season, his fourth in the NHL, and was quickly named… Read more 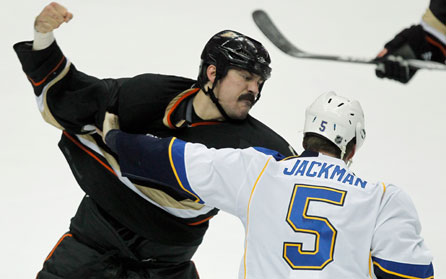 We're a week into the NHL 2011-12 season and rosters are finally solidifying.  It's time to take a look at every team in the league and who their toughest players are, measuring up the quality… Read more 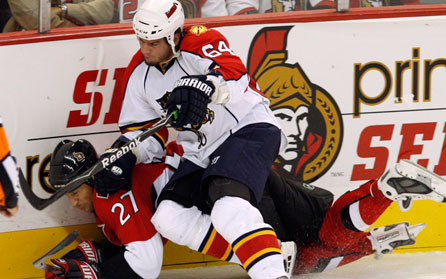 After a decade of North American hockey, playing in the OHL, ECHL and AHL, Adam Keefe is ready to take his game overseas to the Belfast Giants of the EIHL. A contributor on the scoreboard… Read more 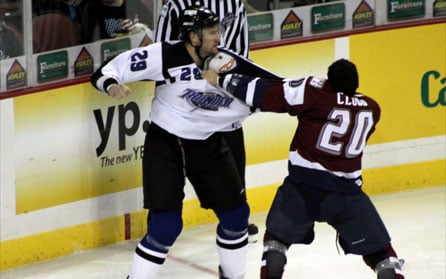 Well-traveled throughout his career, Jason Goulet has seen it all, and at only 27 years of age, he's just settling in. He's spent time in all three of minor league hockey's top leagues, played overseas… Read more 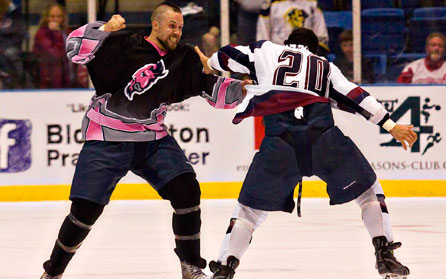 The transition from college hockey to the professional level can be a difficult one. Often, players are forced to toil in the minor leagues, gradually working their way up from level to level. The process… Read more