Hockey Fights is an entertainment site with no direct affiliation to the National Hockey League, its teams, or NHLPA
Home > nationdan 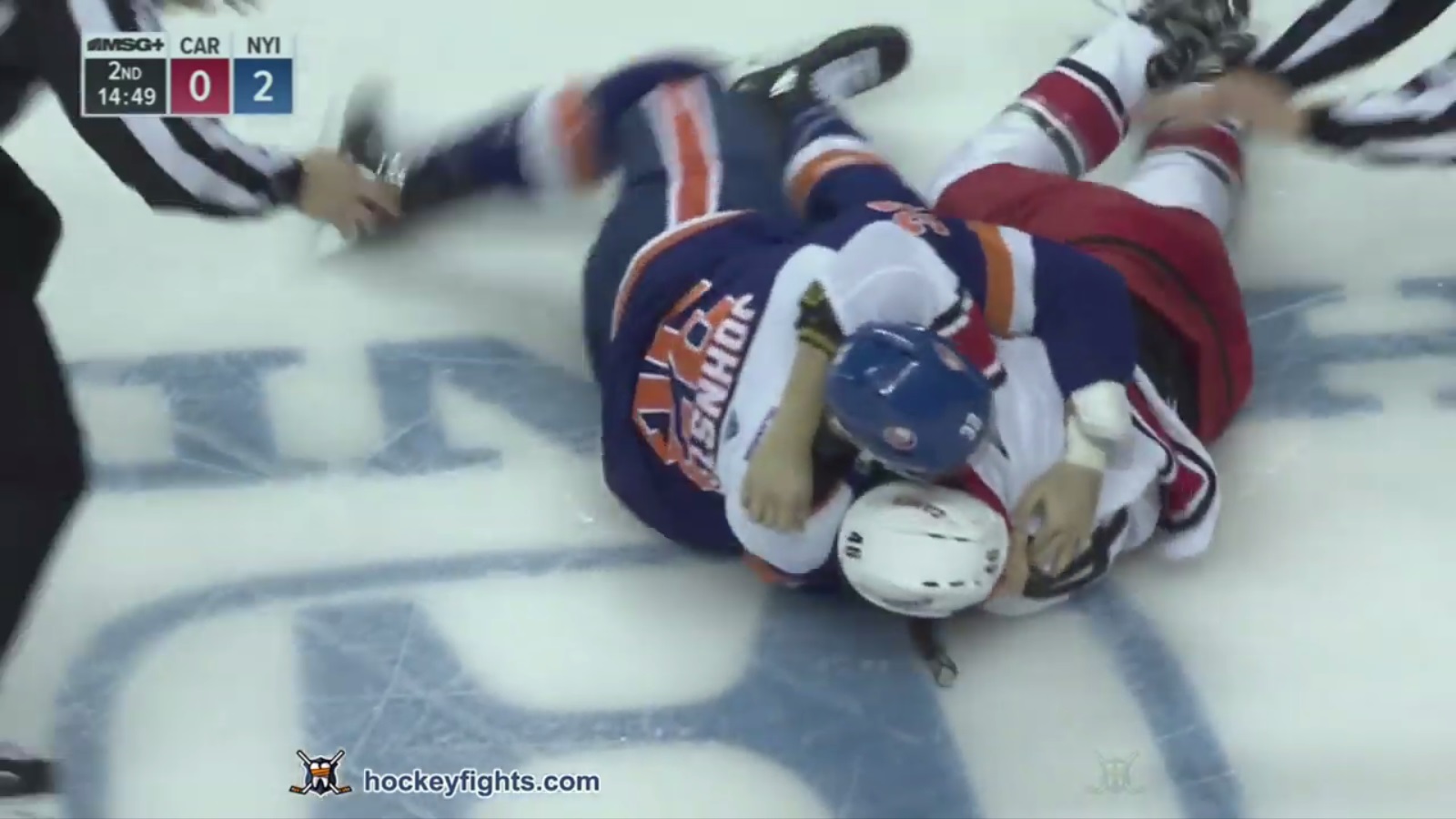 Continuing the new Friday tradition of recapping the fights in the NHL of the week, here are the seven fights of this week. On pace for 214 fights for the season, the lowest number ever… Read more 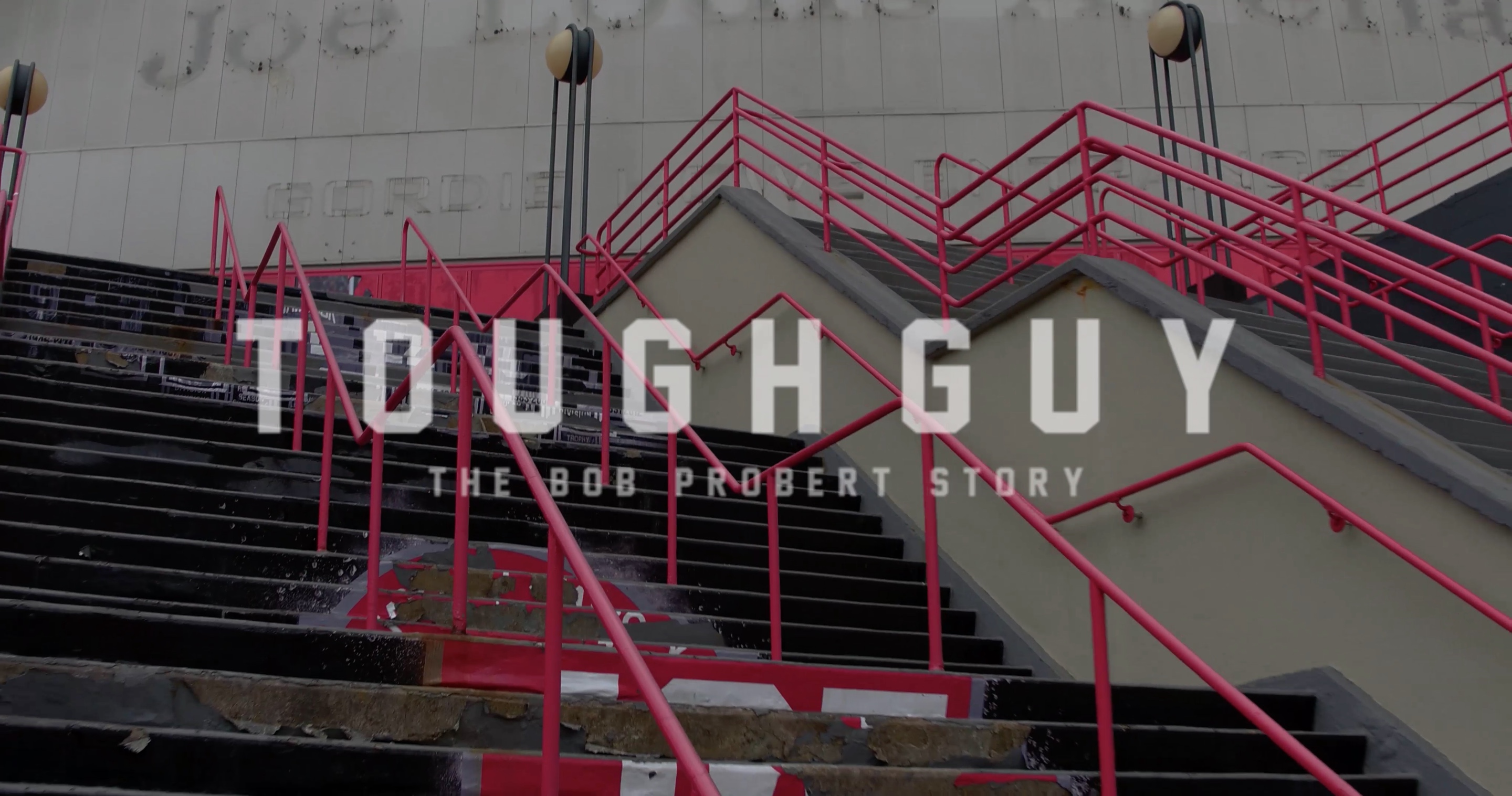 Tough Guy: My Life on the Edge, was an autobiography written by the legend Bob Probert himself. It was released to the public prior to his shocking and untimely death in 2010. That book has now… Read more 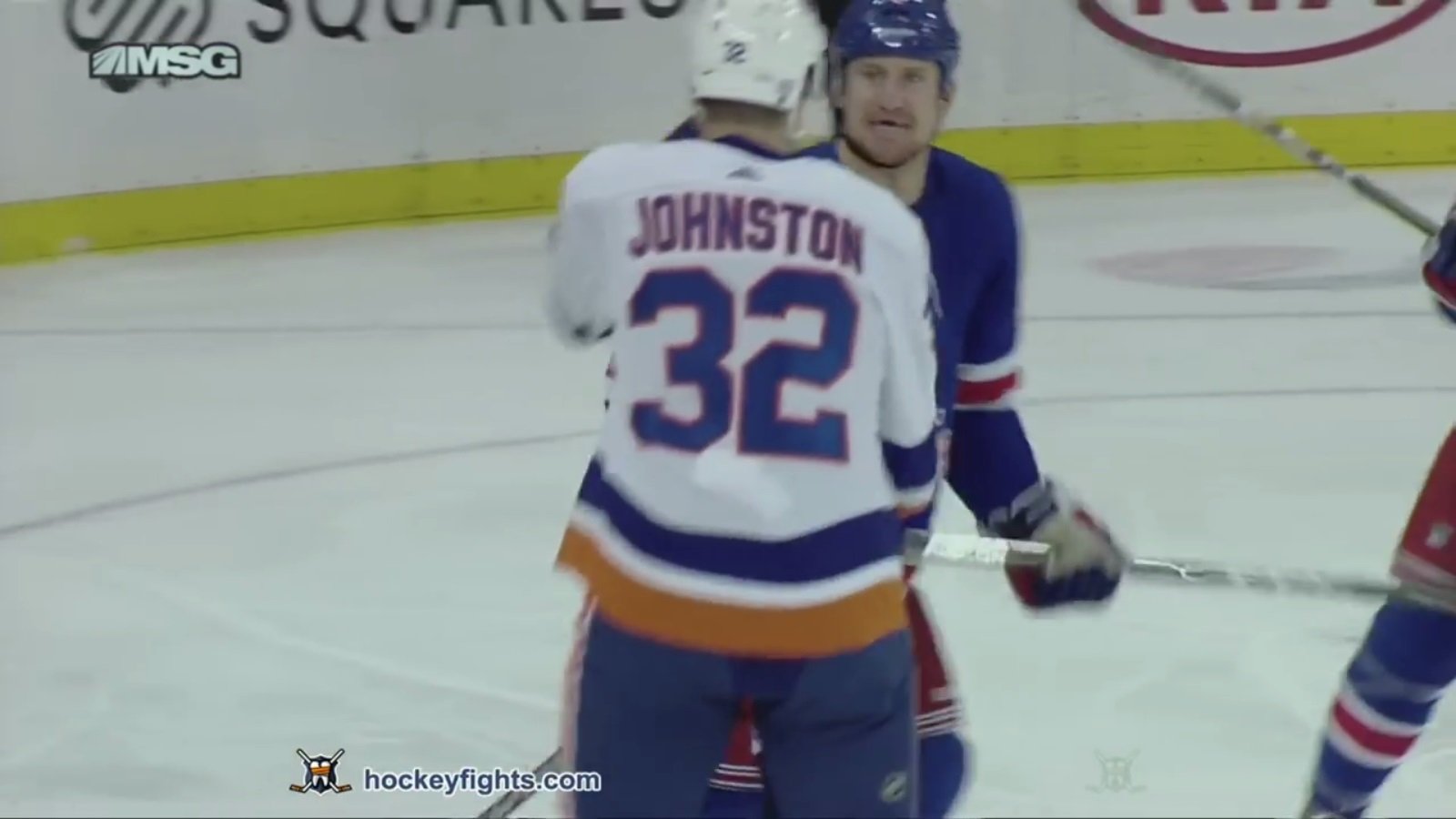 Starting up something new and quick for every Friday to get you tuned up for the weekend. A recap of all the fights across the NHL for the week ranked and some fights you may… Read more 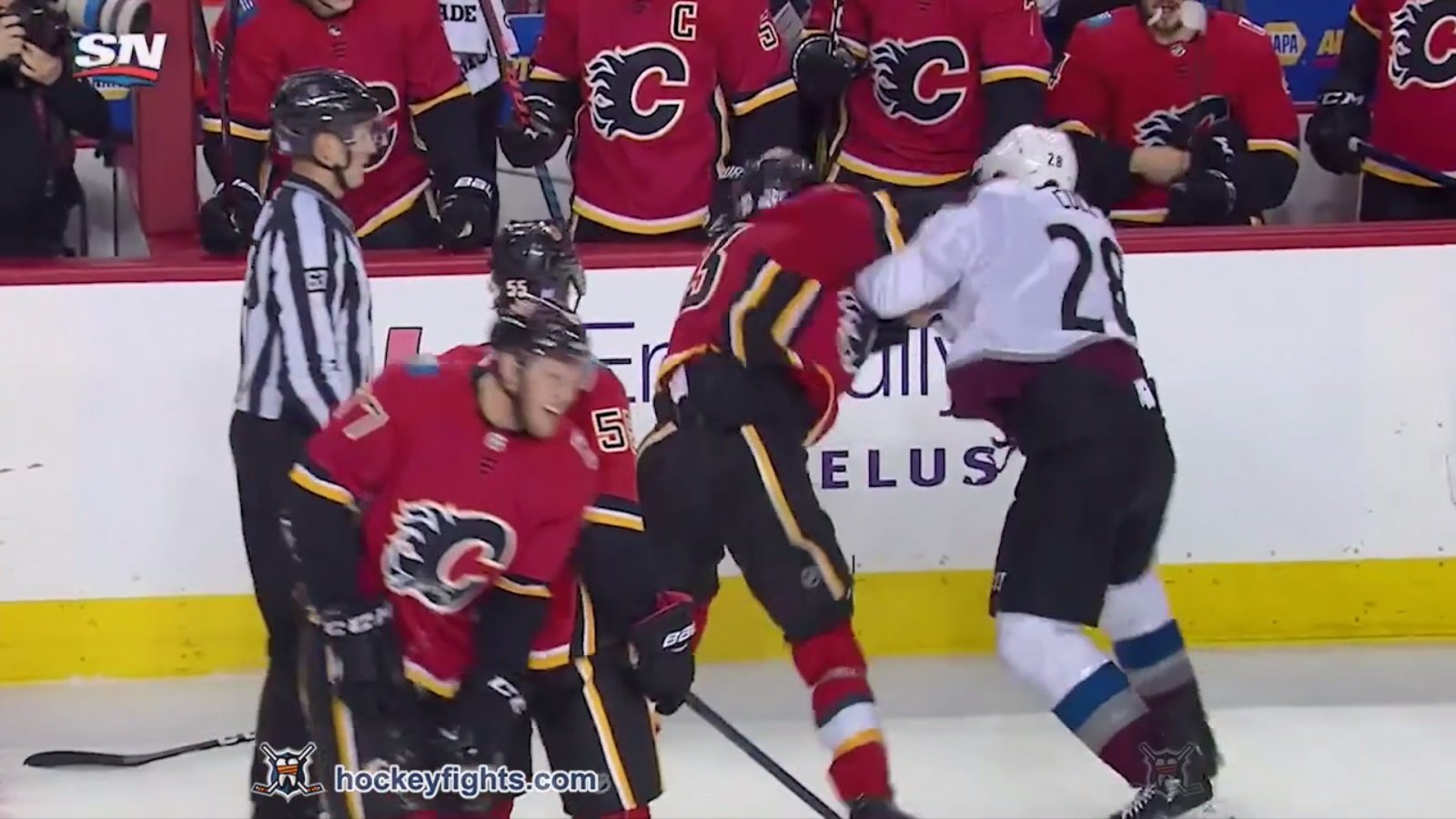 The Fight that Spurred the Comeback

There are bleeding hearts out there that want to change the game of hockey in one of the most irrevocable ways possible. Take fighting out of it, the five words that make everyone shudder. The… Read more 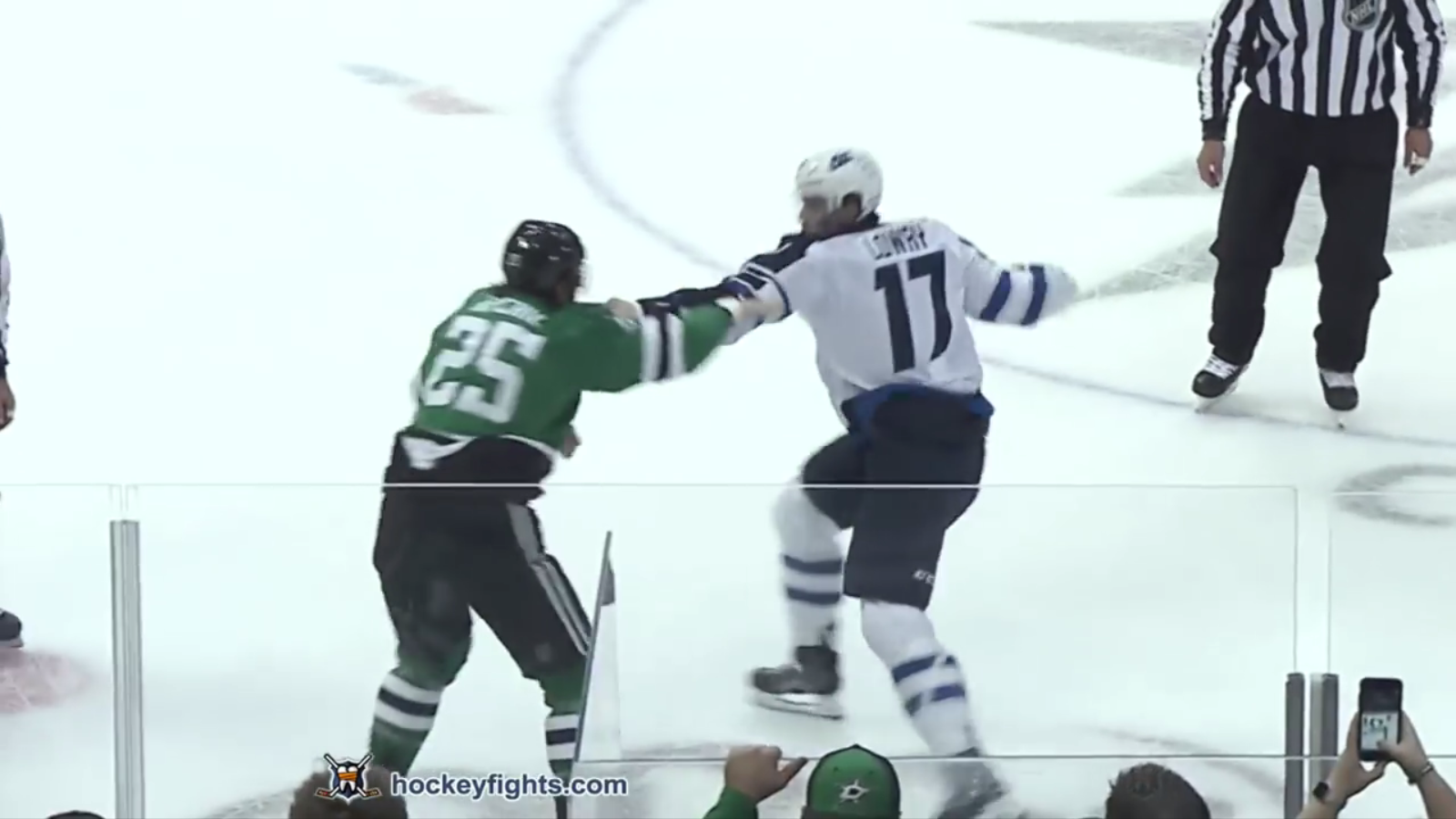 The 2018-19 season is already here. There have been as many fights as there have been days in the season. We also have some exciting news to let you in on for the very near… Read more 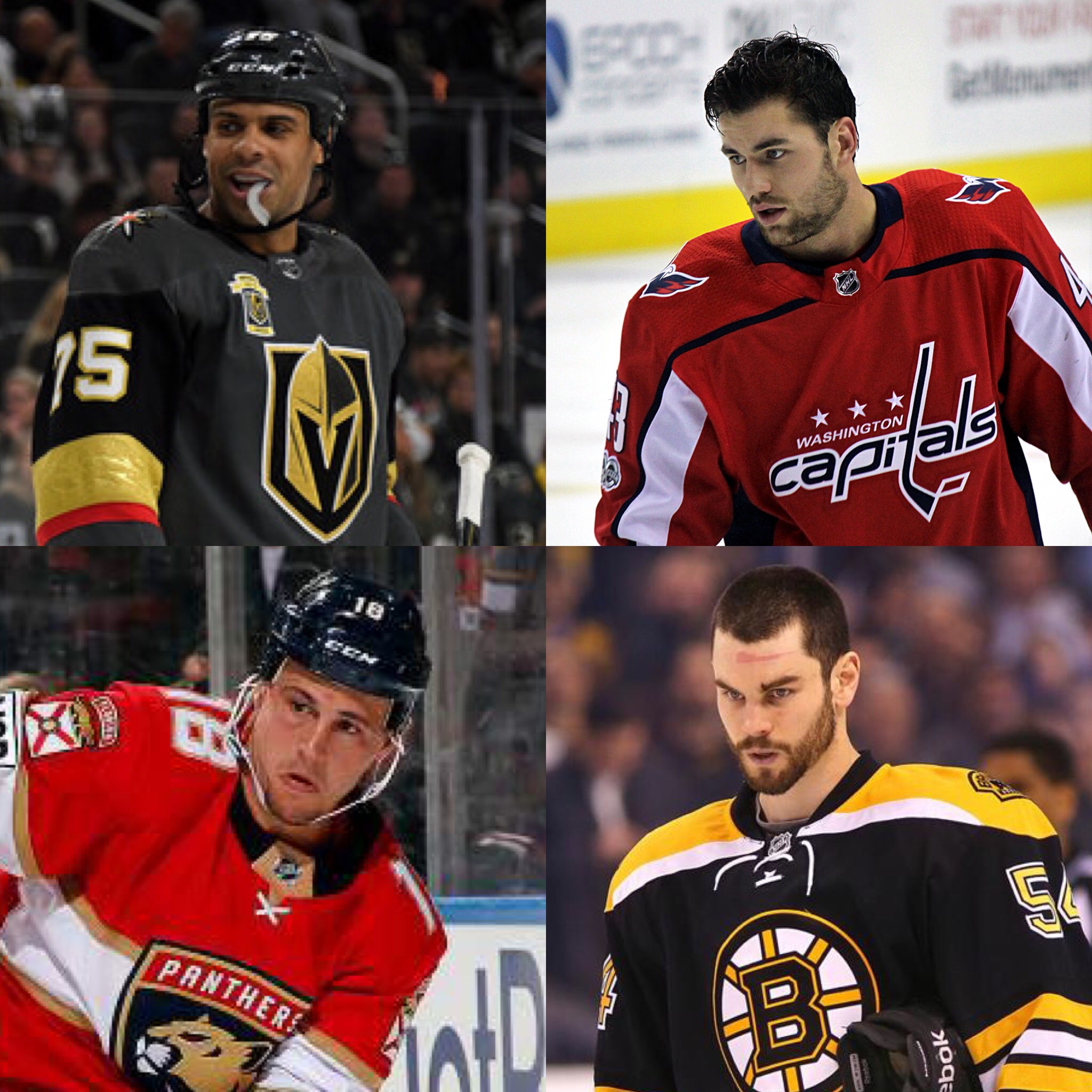 The inaugural Fighting Championship concluded just yesterday with Bob Probert crowned the first-ever champ.  We here at Hockeyfights never sleep, and so we have already created the current fighting championship bracket and we need you. … Read more 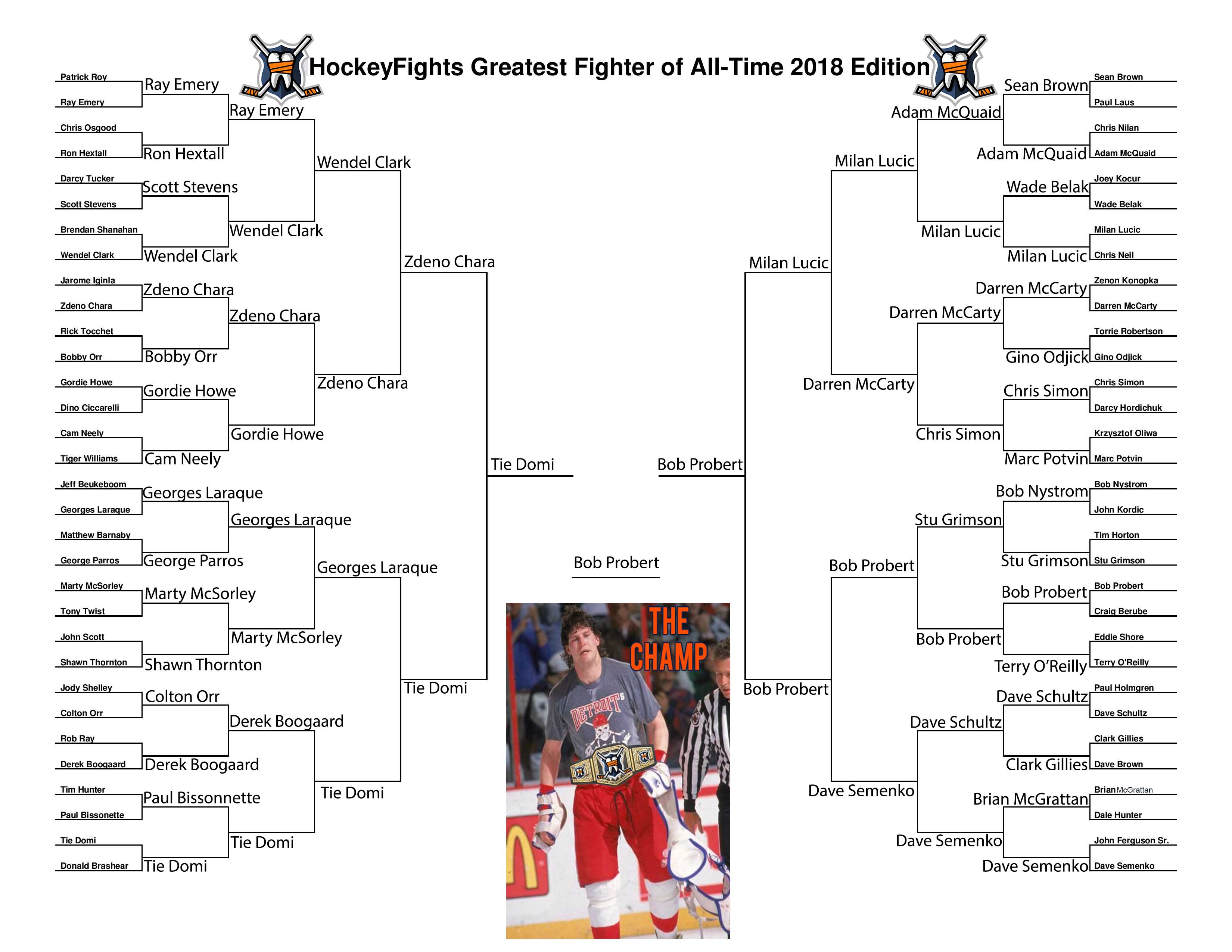 The champ is here.  The new bracket takes shape, with the current fighter champion being crowned. Round 4 Recap — Bob Probert OVER Tie Domi Here is what the bracket looks like now: Previous Round… Read more 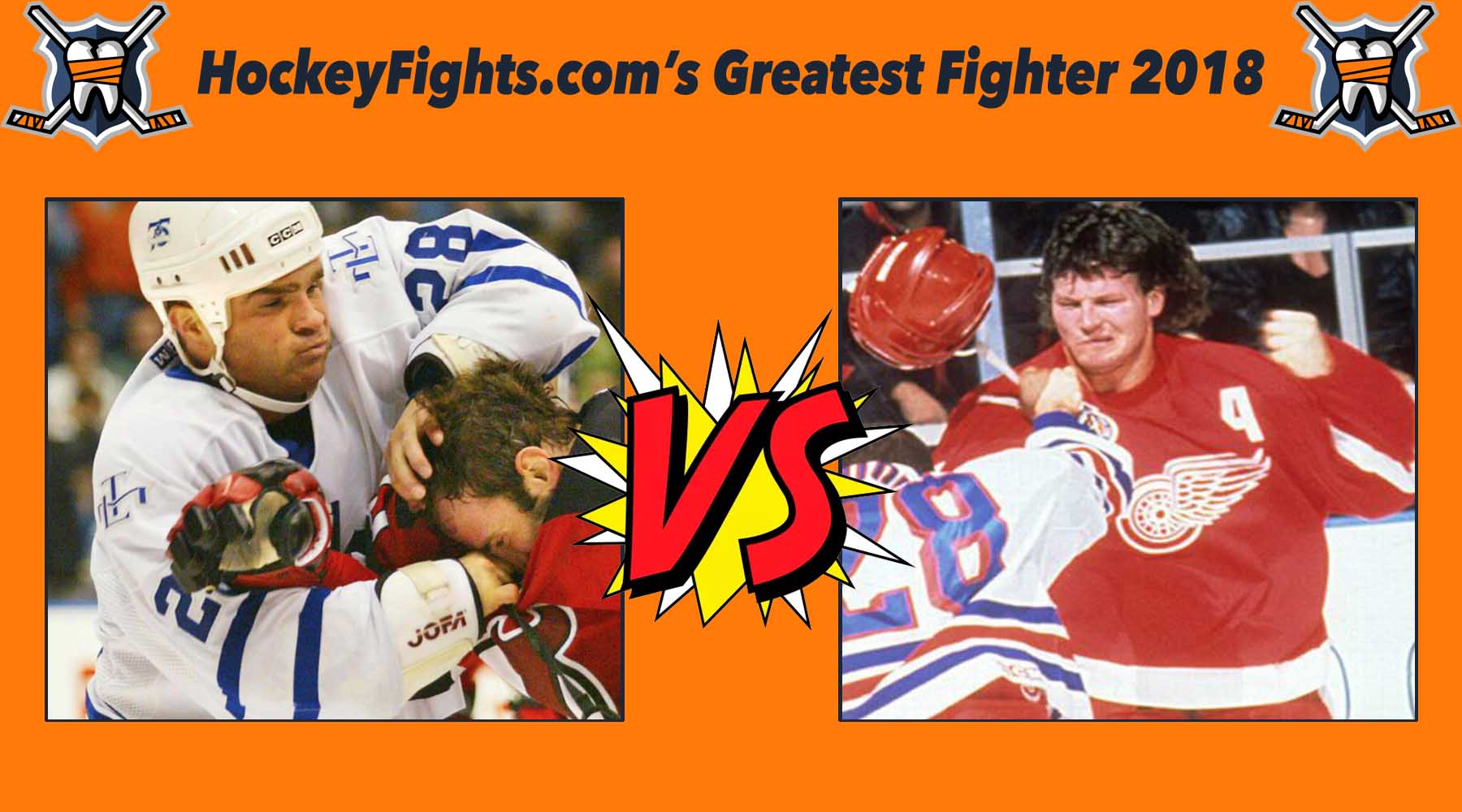 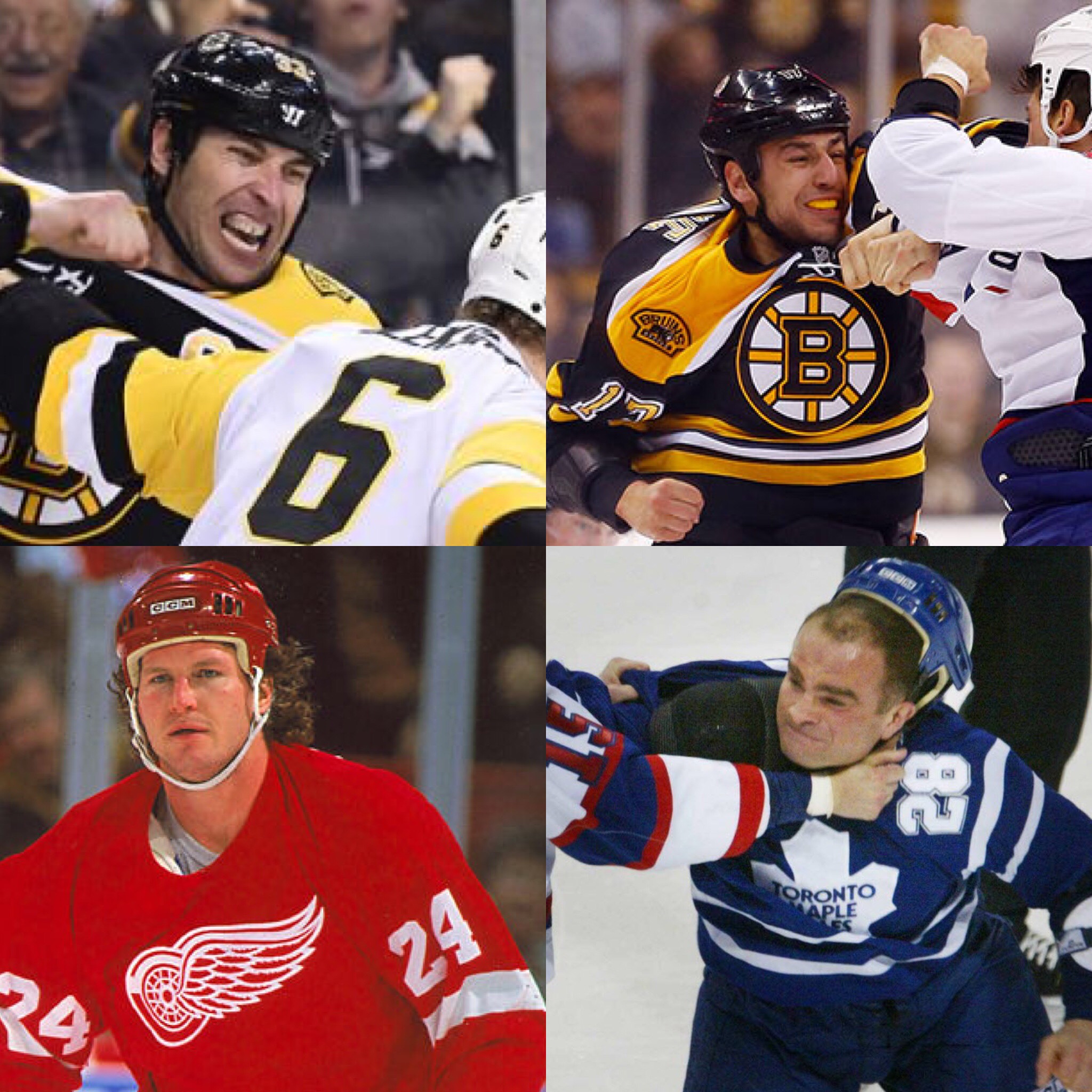 Over 380,000 votes have been cast. You have been heard.  The final four contestants are upon us and a friendly reminder that the next bracket to decide the best current-day fighter is coming up, get… Read more 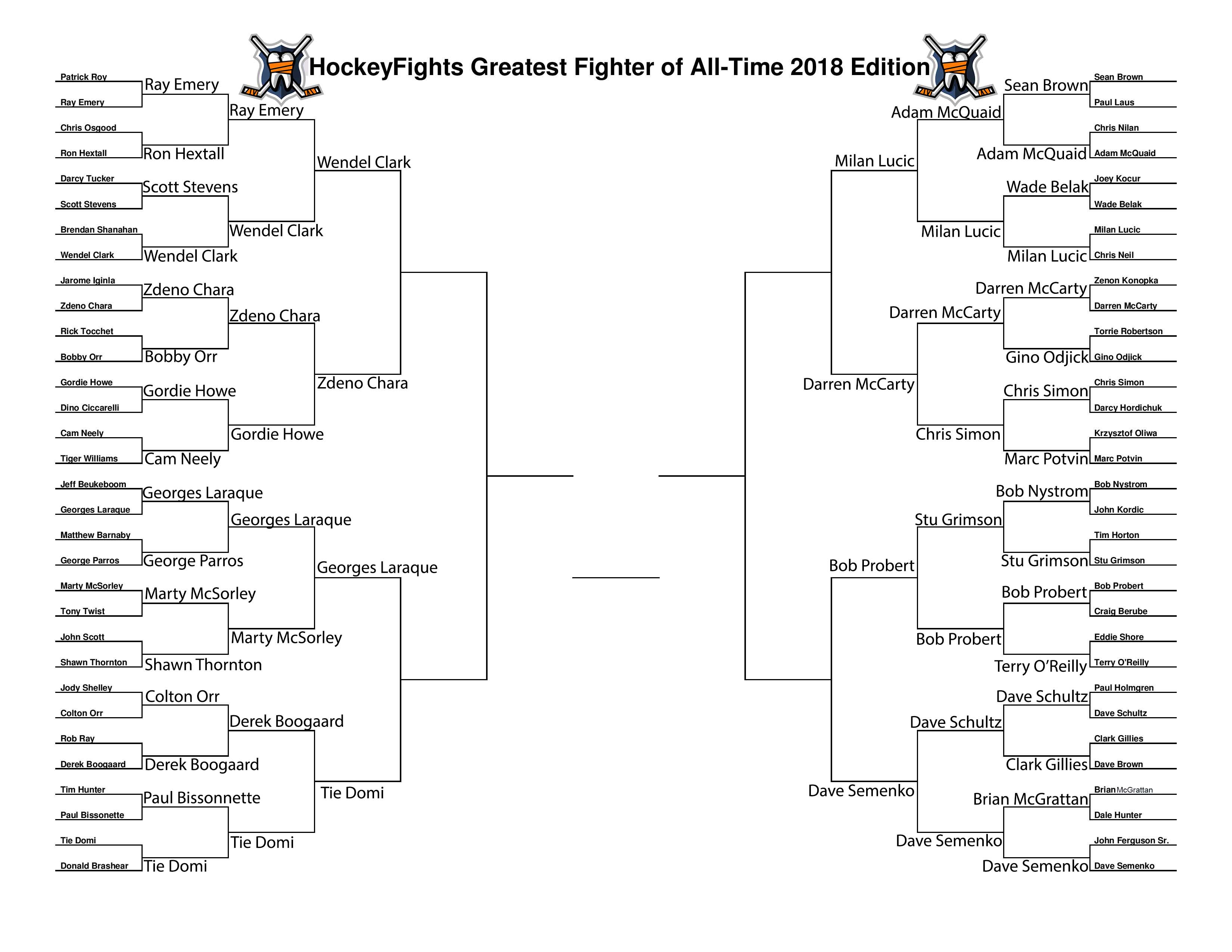 The elite 8 is here.  The link to voting is now on both our Instagram AND twitter. Links below. Round 3 – Day 2 Recap — Bob Probert OVER Stu Grimson Tie Domi OVER Derek Boogaard… Read more