Hockey Fights is an entertainment site with no direct affiliation to the National Hockey League, its teams, or NHLPA
Home > John Chandler (Page 2) 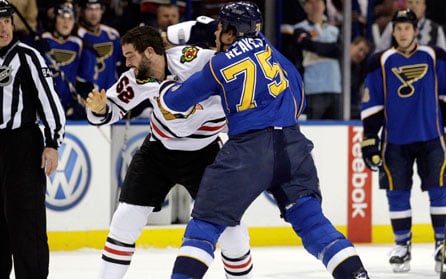 Fighting numbers are down moderately all-around, but the biggest statistical drop is in the amount of games with more than one bout. We're currently on pace to finish with less than 100 for the first… Read more 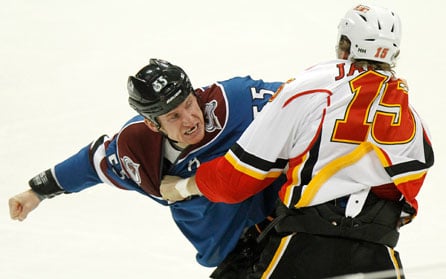 There was a total of twelve fights this weekend and the majority of them featured the middleweights. Not that much of a surprise these days, but a handful of games had the potential to produce… Read more 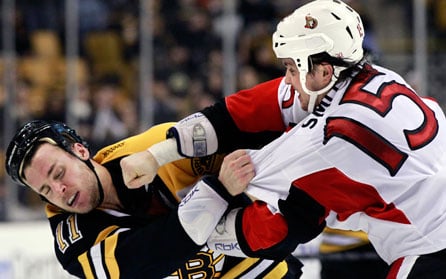 With his scrap against Shawn Thornton in the first period of Sens–B's on Tuesday night, Zenon Konopka jumped Cody Bass for the league-lead in fighting majors. “Z” now has five. The top spot is a… Read more 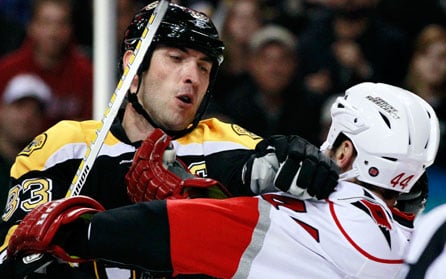 Things Boil Over in Boston

The B's and Canes aren't rivals by any means, at least not since the Whalers left Hartford in the mid-90s.  There's no mistaking Hurricane red, but there was a sense of nostalgia when the two… Read more 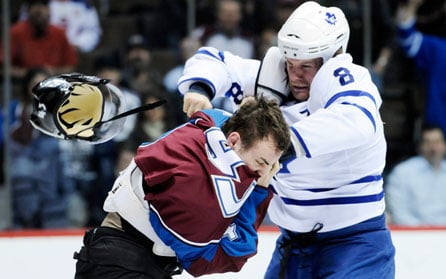 In another of “those” hits that's going to be talked about for the next few days, Mike Komisarek leveled Mark Olver with a huge open-ice check during the first period of Thursday's Leafs–Avs matchup. Olver… Read more 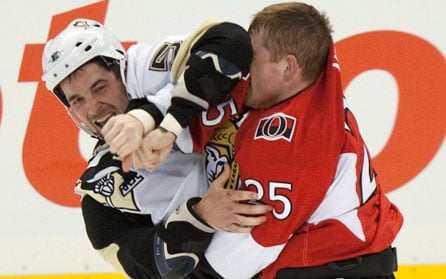 Deryk Engelland and Chris Neil dropped the gloves for the second time this season during Tuesday's Pens–Sens matchup. The fight wasn't as entertaining as their previous battle, but was still just as close as Engelland… Read more

The last great fight to take place thus far this season also grabbed “Fight of the Week” honors. If you haven't checked out Ryan Wilson and Jordin Tootoo's spirited scrap yet, be sure to do… Read more 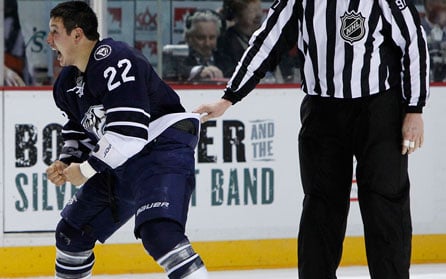 Since being cleared to play again, Jordin Tootoo had already dropped the gloves, but his return bout against Sean Avery was nothing like his scrap with Ryan Wilson during Saturday's Avs–Preds affair. Tootoo and Wilson… Read more 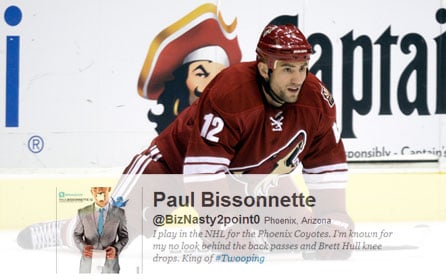 There's no denying the popularity of Twitter. Almost everyone has an account these days, and those involved with hockey are among the many. Executives, coaches, officials, players and others all have active accounts, almost all… Read more 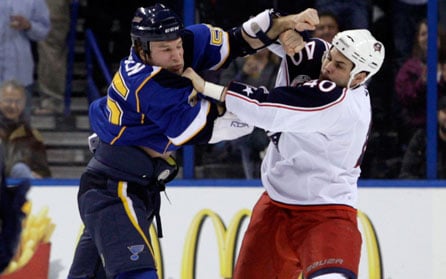 Cam Janssen and Jared Boll dropped the gloves again on Monday and to absolutely no one's surprise, they had another great fight. The pair locked horns in a long, long scrap, which featured a lot… Read more