Hockey Fights is an entertainment site with no direct affiliation to the National Hockey League, its teams, or NHLPA
Home > John Chandler 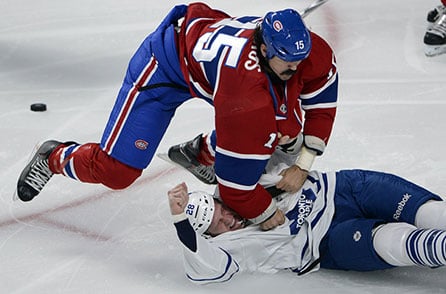 A fight-filled rivalry game between the Leafs and Habs kicked off the 2013-14 NHL season on Tuesday night, but things were dampered when George Parros fell to the ice face first and was knocked unconscious… Read more 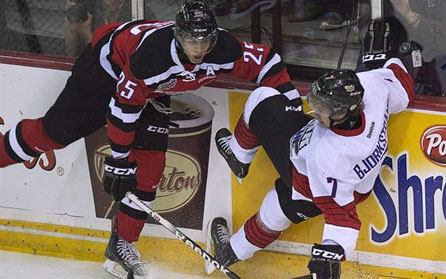 An eventful 2013 NHL Entry Draft concluded on Sunday with all 7 rounds and 211 selections being made in the course of a single day.   It was a trio of forwards that kicked things… Read more 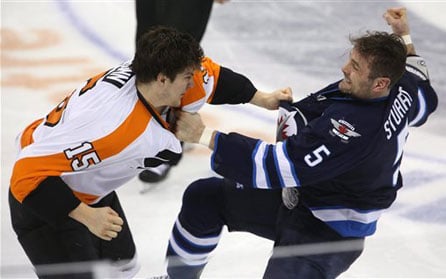 Tye McGinn and Travis Moen each hit the back of the net and dropped the gloves during Tuesday's slate of games. McGinn and Mark Stuart had an impromptu meeting during the second period of Flyers–Jets.… Read more 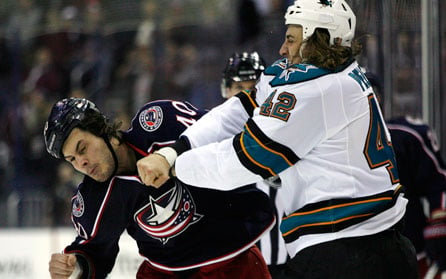 Three games on Monday night produced a total of six fights, two scraps per. Matt Pelech took advantage of a last-minute call up and dropped the gloves with Jared Boll at the start of Sharks–Jackets.… Read more 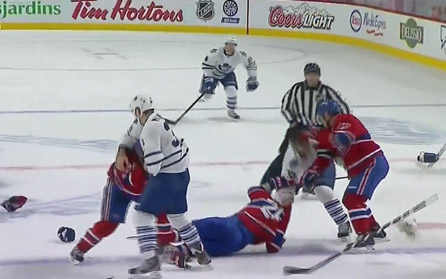 Leafs-Habs Boils Over, Grabovski in the clear

The Leafs notched a blowout win over the Habs on Saturday night and tensions escalated in the third period as Toronto ran away with the game. At the start of the period, Brandon Prust dropped… Read more 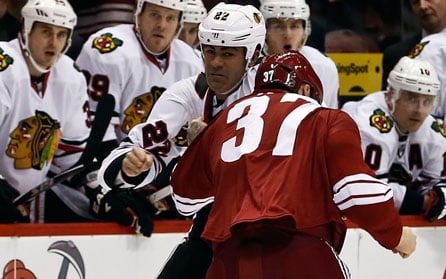 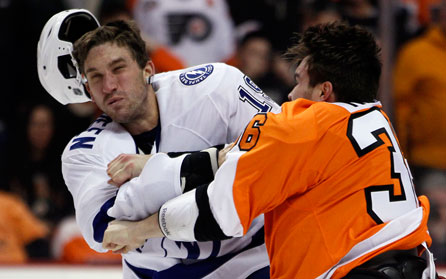 It all comes down to how one interprets “the code”, and lines may have been crossed during Flyers–Bolts. It's hard to say it doesn't make for some good entertainment, though. Early on in the game… Read more 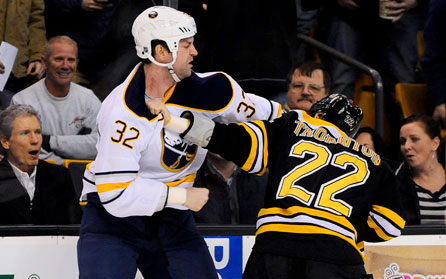 While the Sabres and Bruins were supposed to steal the show on Thursday night, it was the ever-growing rivalry between the Blues and Jackets that continues to fester. That doesn't mean that things didn't get… Read more 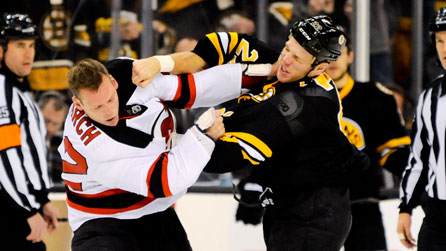 Two games had two fights each on Tuesday night. Jordin Tootoo dropped the gloves twice during Red Wings–Stars, throwing down in a short but wild one with Eric Nystrom before battling it out with a… Read more 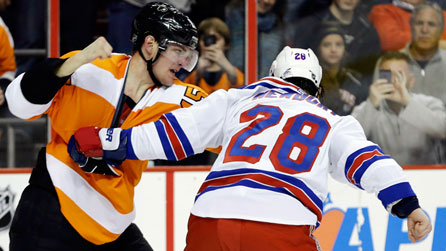 A total of 20 fights occurred over the last few days, an active start during the first full week of this shortened season. Tye McGinn, Patrick Bordeleau and Jordan Nolan all participated in their first… Read more