Hockey Fights is an entertainment site with no direct affiliation to the National Hockey League, its teams, or NHLPA
Home > Jason Feigel (Page 2)

EXCITED TO JOIN KINGS, IGINLA SOUNDS OFF ON TRADE, KINGS, SUTTER, MORE Jarome Iginla, who has worn #12 dating back to his junior hockey days with the Kamloops Blazers, won’t have that familiar number sewn… Read more

Tyrell Goulbourne Wants to End Each Fight with a KO

Deslauriers Can’t Find Bouts and Isn’t Happy About It

Flames castaway Brandon Bollig determined to climb back to NHL It’s not the same as seeing them at the rink every morning, doing dinner on the road and sometimes dropping the gloves in their defence.… Read more

Tough guy Brett Gallant keeps watch over Blue Jackets’ prospects The scabs and scars on the knuckles of Brett Gallant tell stories about his profession he sometimes chooses not to reveal. For instance, he politely… Read more 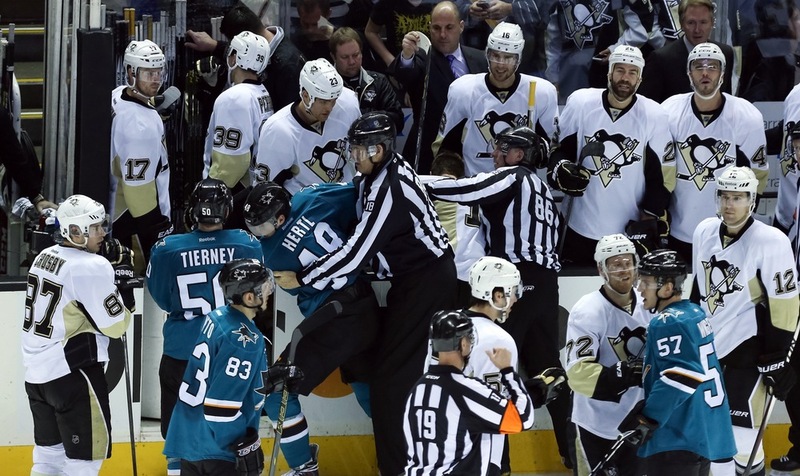 Hurricanes’ Brad Malone Q&A About Role of Fighting in Game

A Conversation About Fighting with Brad Malone CarolinaHurricanes.com: What are your thoughts on fighting in hockey? Malone: I think there’s room for it in the game. I think you need it. With the decline, that… Read more

Haley Sticks Up for Polak by Fighting Nurse

Sharks’ Haley fills his role after controversial recall A little more than three minutes into the game everyone found out when Haley and Darnell Nurse dropped the gloves, allowing players on both teams to move… Read more

Sticking up for your teammates still counts for something Fighting has been on the decline in the NHL recently, much to the delight of many of my peers in the media. But take a look… Read more

Thornton Still Has His Skates