Hockey Fights is an entertainment site with no direct affiliation to the National Hockey League, its teams, or NHLPA
Home > Ben Eklund (Page 4)

Anaheim Ducks retire Teemu Selanne’s No. 8 jersey Teemu Selanne was determined not to cry when his jersey was retired by the Anaheim Ducks, and he barely succeeded somehow during an emotional tribute Sunday to… Read more

Devils’ D Mark Fraser on Returning to the NHL

Mark Fraser reflects on his bumpy road back to the Devils A lot of Devils wind up coming back to the organization, so it is not so shocking that Mark Fraser is back with the… Read more

The Fight of the Week took place on a fight-filled Saturday night, in an interconference matchup between the Columbus Blue Jackets and Arizona Coyotes. With his team up big in the third period, Coyote Joe… Read more 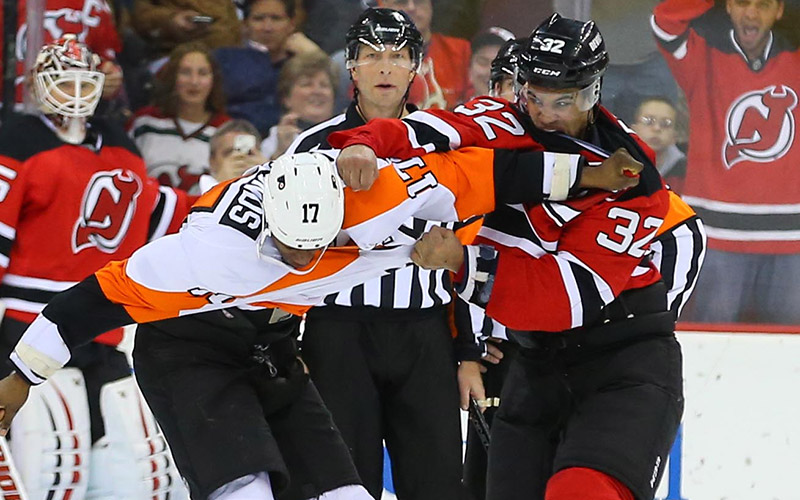 Google chirps BizNasty with Times Square billboard Bissonnette, who starred in an epic ALS Ice Bucket Challenge video last spring (click on the tile to watch), was recognized by Google as one of the most… Read more

How could the Fight of the Week be anything else? This highly anticipated fight built up for over a month after Dalton Prout dropped Milan Lucic with one punch on November 21. Lucic distilled his… Read more