Hockey Fights is an entertainment site with no direct affiliation to the National Hockey League, its teams, or NHLPA
Home > Ben Eklund (Page 2)

How Glen Metropolit Beat the Streets of Toronto’s Inner City

Glen Metropolit’s unexpected rise from Toronto’s mean streets When Metropolit, now 40, was a teenager he saw it all. He saw crack cocaine being sold and smoked. He saw prostitution. He saw fights and he… Read more 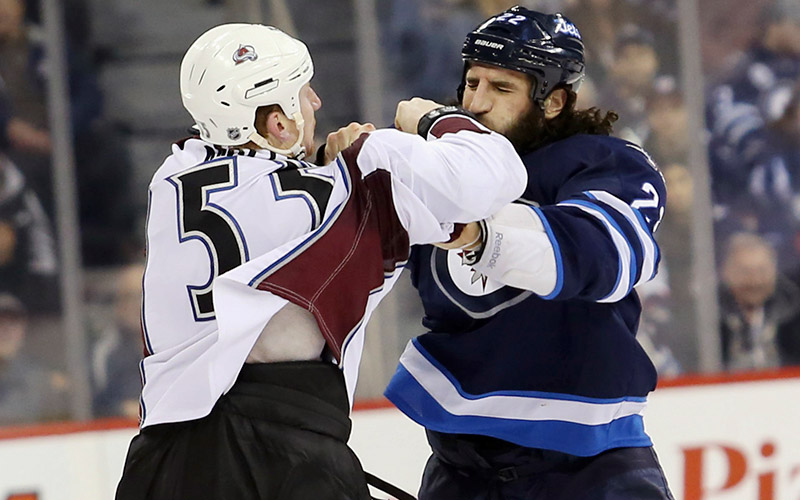 Cody McLeod and Chris Thorburn engaged in a pair of fight's in last night's Avalance–Jets game in Winnipeg. They had a short, even fight early in the first period as both players tried to set… Read more

Pittsburgh Penguins think highly of former teammate Deryk Engelland of the Calgary Flames Ask around the Penguins room, and you’ll hear about how ‘Eggo’ took care of them. Although Engelland’s off-season departure — he signed… Read more 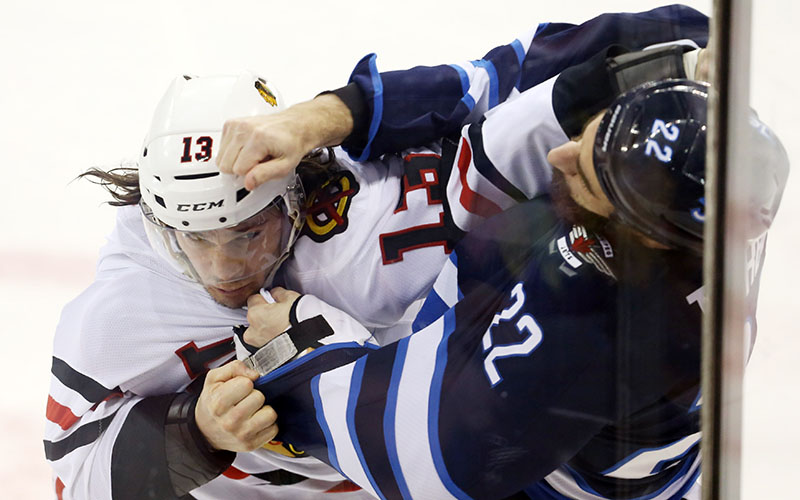 On January 16, Chicago's Daniel Carcillo was booted from the Jets-Blackhawks game for a blindside cross check on Winnipeg's Mathieu Perrault. Carcillo served a six-game suspension for his transgression. On Friday night, the two teams… Read more

The ’92 Jets Toughen Up: Revisiting the Acquisition of Kris King and Tie Domi

Blue Collar Toughness: Made in Manitoba The following day the city was buzzing about the previous night’s loss on the scoreboard and in the fisticuffs. “I would rather wipe a cougar’s behind with sandpaper than… Read more

When the Flyers beat the Red Army Jimmy Watson’s eyes were as bright as a British Columbia moonlit night as he said, “I’ve never been so happy. This compares with winning the Stanley Cup.” Dave… Read more

Tom Sestito Remains Confident his NHL Days are not Over

The Metrics Behind the Islanders’ Revival

Rick Tocchet Returns to Flyers-Pens Rivalry as a Coach

Familiar face behind Penguins’ bench Rick Tocchet’s glimpse of hockey’s best rivalry over the past few years has been no different than that of just about anyone in the general public. He offered commentary on… Read more