Hockey Fights is an entertainment site with no direct affiliation to the National Hockey League, its teams, or NHLPA
Home > David M Singer 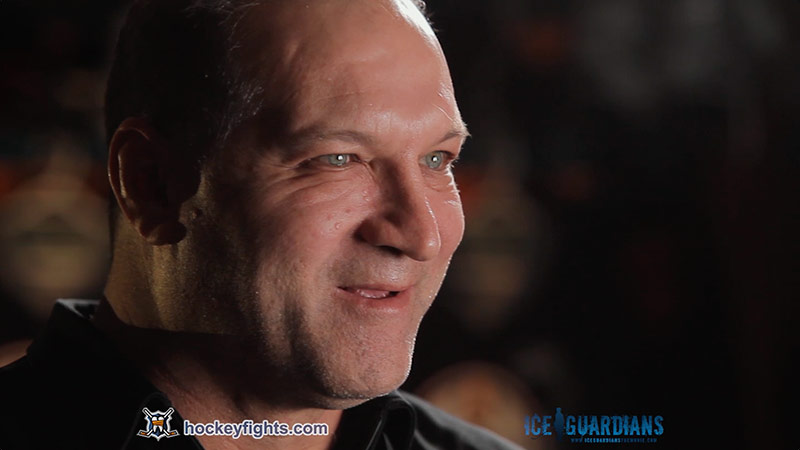 Dave Semenko passed away after a short battle with pancreatic cancer. He was 59. He's known as Wayne Gretzky's bodyguard, but also as a larger-than-life Edmonton figure, despite being as gentle off the ice as… Read more

Penguins Give Up Pick and Prospect for Ryan Reaves

Penguins pay steep price for tough guy Ryan Reaves Unhappy with the physical abuse that Crosby took in the playoffs, the Penguins gave up a first-round pick (No. 31 in 2017) and 23-year-old prospect center… Read more

Shawn Thornton traded the penalty box for the front office While Thornton will still participate in occasional on-ice clinics and community events, the 39-year-old is now an office man. Thornton’s primary work station was in… Read more

Deryk Engelland playing tour guide for Golden Knights A decade ago, when defenseman Deryk Engelland was playing for Las Vegas of the ECHL, he never imagined the NHL would one day come to this city.… Read more 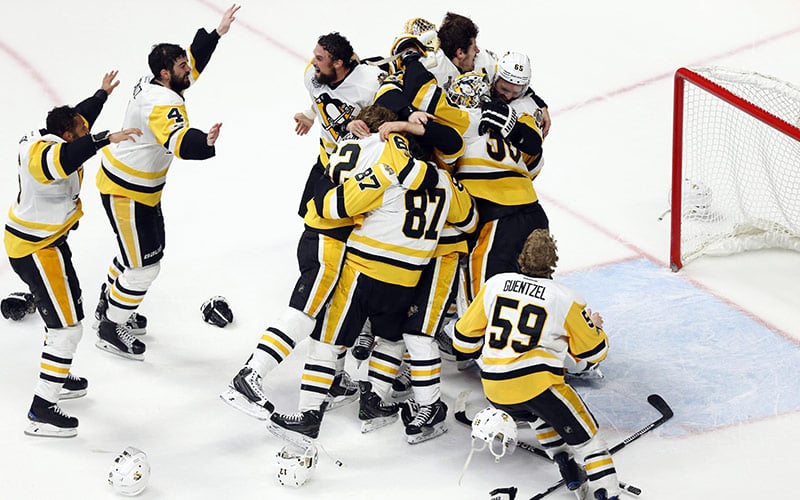 The Pittsburgh Penguins are the first team in the salary cap era to win back-to-back Stanley Cups. This is the fifth time in franchise history the Pens have won the Cup. Sidney Crosby won the… Read more 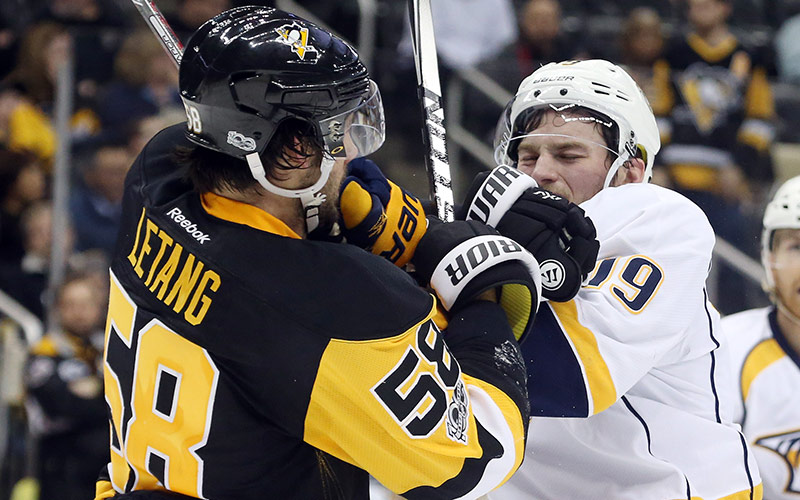 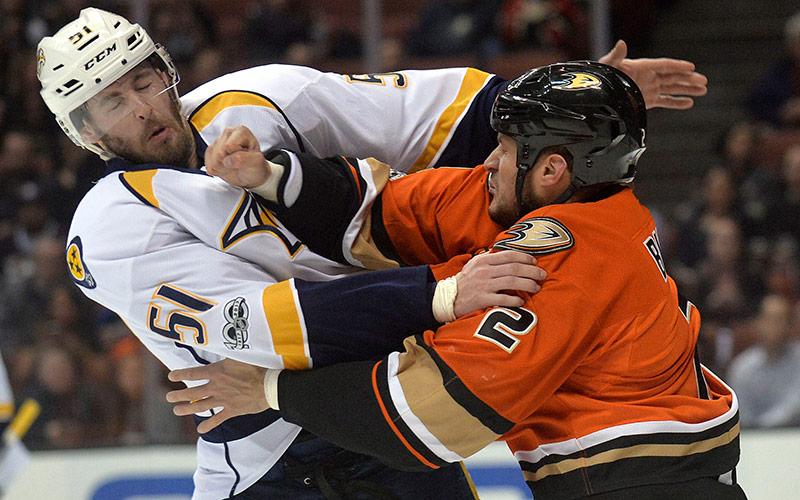 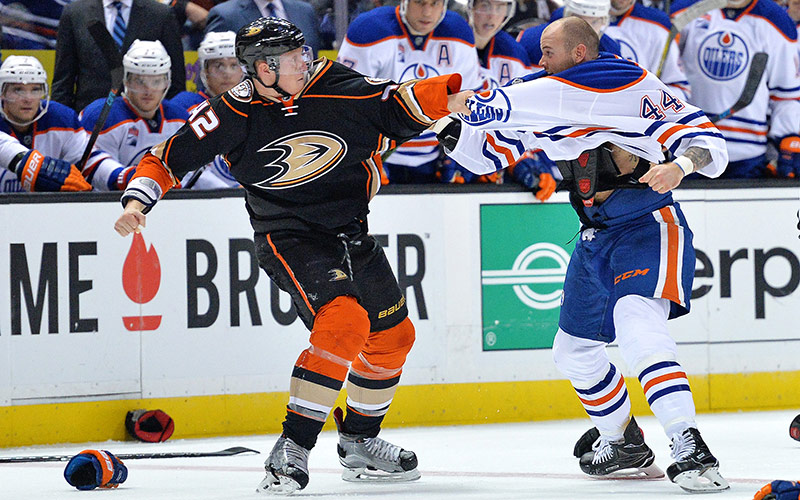 Deryk Engelland on Fighting Dorsett and Hamhuis at the Same Time

Engelland recalls fighting two Canucks at one time in previous playoff appearance “It was kind of fun,” smiled the 35-year-old, who vividly remembers the chaotic scene that punctuated a 4-1 Game 2 loss in Vancouver.… Read more 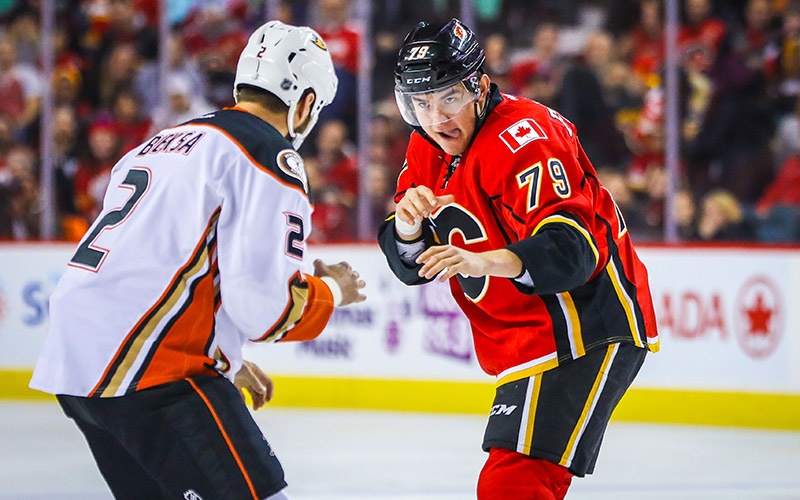