Hockey Fights is an entertainment site with no direct affiliation to the National Hockey League, its teams, or NHLPA
Home > Originals > all of the FIGHTS from last night – October 28th, 2021

It has been four long days of life in the hockey world since we last updated you on a busy fight night in the NHL. Just like every night that the schedule allows for a full compliment of fight card combatants, we have compiled the evening of toughness into one tight quick read including all of the FIGHTS from last night – October 28th, 2021: 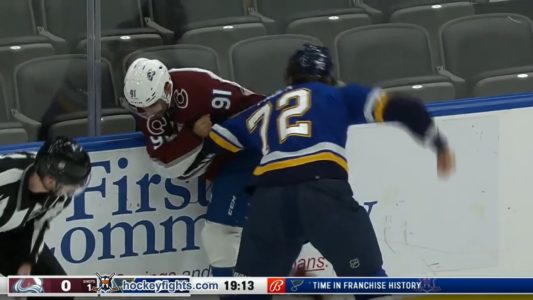 This is payback. From last year’s playoff run (also included int he video) when Kadri laid out Faulk. Faulk comes to get his score settled. Is this the first in a line of many fights ahead? The conversation after the fight makes me think so. 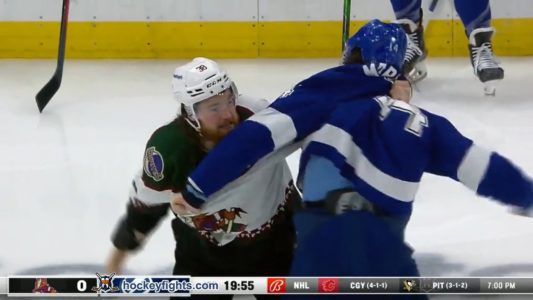 This one starts off with a hug and a face to face conversation. It ends with a couple of thrown bombs and a lot of control exchanged. 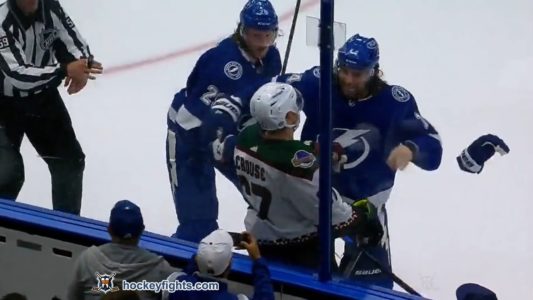 A big hit from behind (boarding) penalty on Crouse and Maroon is in his second fight of the night, 12:09 after his first fight. Both quick and easy with Maroon winning this one by your votes early on, and O’Brien leading in the other. 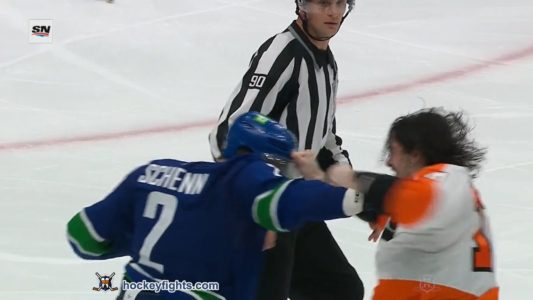 Fresh off his waiver claim at the start of the season, Zack MacEwen meets up with his former squad. Schenn is the opponent in this spirited tilt. 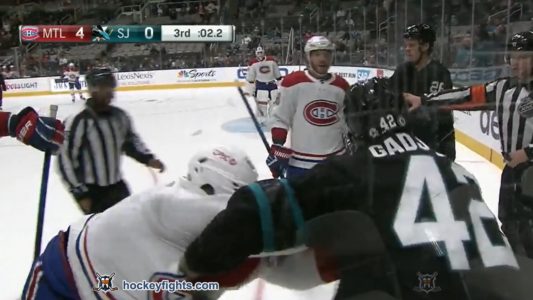 The last fight of the night, and early returns say it may be the best. Big clean hit starting this one has people upset on social media.