Hockey Fights is an entertainment site with no direct affiliation to the National Hockey League, its teams, or NHLPA
Home > Originals > all of the FIGHTS from last night – October 23rd, 2021

The Seattle Kraken opened the doors to their new arena last night and around the league, some of the favourite names on hockeyfights these days decided it was a great day for hay. Whether you’re busy attached to your beloved Sunday football and want some real toughness, or you have returned in your Sunday best from the house that Gord built, we have all the FIGHTS from last night – October 23rd, 2021 for you to watch at your earliest leisure: 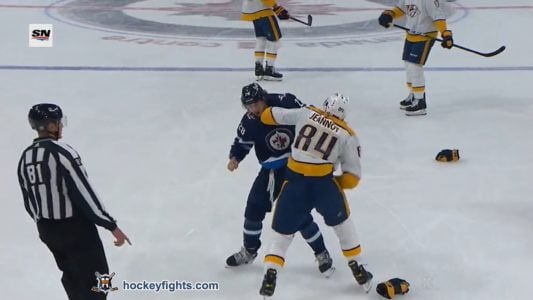 The two according to the broadcast, were jawing at each other on the bench and once they found themselves on the ice together there was going to be fireworks. Beaulieu gives Jeannot some cracks to the ribs and it’s on. The early nod from you the voters says it’s Jeannot all the way in the best fight of the night. 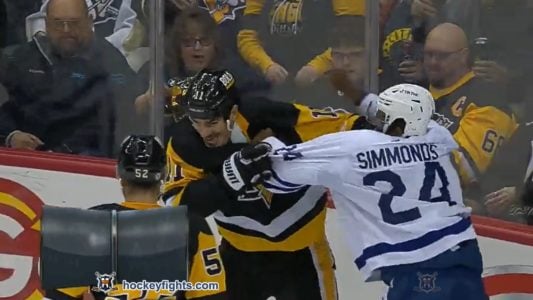 The score was 7-1 for Brian Boyle’s Penguins over Wayne Simmonds and his Leafs. The play gets chippy, and Simmonds gives a two-hand slash onto the laces of a Pen. Boyle says enough is enough and gets a hold of Wayne. Some rapid fire from Simmonds has him leading the vote lead early, but a lot of votes for Boyle (rather than a draw) have filed in. 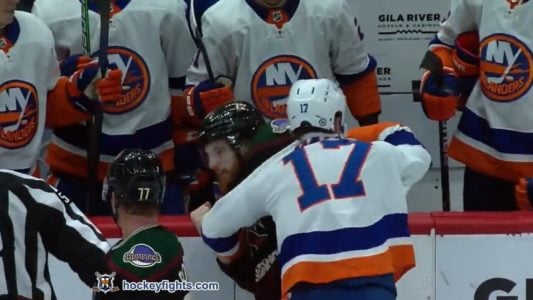 From a shift that was full of physicality, Matt Martin gets on the case of Liam O’Brien. The unfortunate part of this fight is that it is hindered by location on the ice and shift time. The sadness is compounded by the fact we have to wait until January (21st) 2022 for the next matchup. 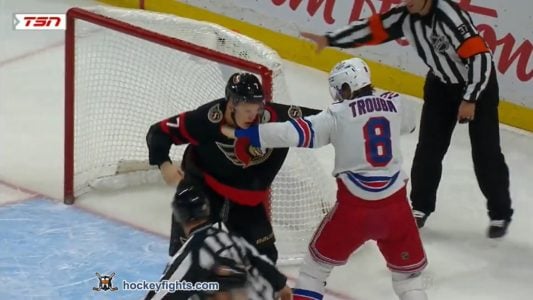 Brady Tkachuk is an absolutely perfect specimen of a player. We here at hockeyfights cannot wait to watch Keith Tkachuk’s boys for years to come. The early voting returns are giving the nod to Brady, and we would love to have your vote too. 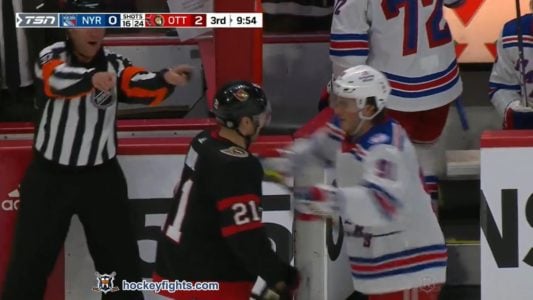 To be able to appreciate a good fight, you have to have some less entertaining ones. This is a less than entertaining one. According to feed, Blais had been noisy on the bench prior to this.