Hockey Fights is an entertainment site with no direct affiliation to the National Hockey League, its teams, or NHLPA
Home > Originals > all of the FIGHTS from last night – October 14th, 2021

The season is a mere three days old and we have already had our first night worthy of a quick recap. You’re busy, you are on a quick 15 break, or maybe even *whispers* on your companies clock. Allow us a quick article to give you all the links to all the fights from the night that was, October 14th 2021:

*Each picture links you to the fight* 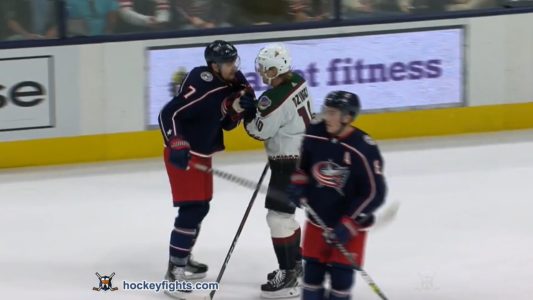 Kuraly and Dzingel come together and give the fans a little excitement (great sounding crowd in Lumbus) in the first fight (of two) in this game. Early voting says it’s a draw. Make sure to rate it yourself! 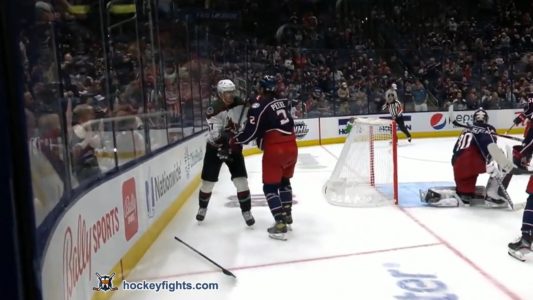 Fight two of the game sees Crouse come in and hit Peeke firmly, and the two go at it. Peeke in his first career fight, against 14 fights in the show for Crouse and the early reviews reflect that. 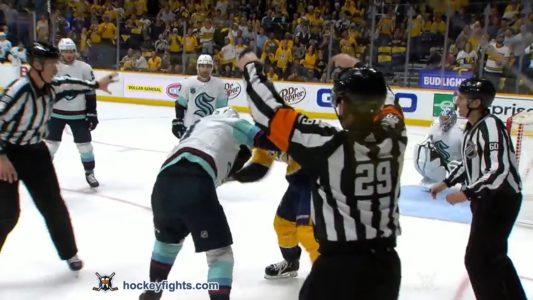 The first fight in Seattle Kraken franchise history is a bit of a confusing scene for sure. The goalie is taken out, almost in sync with a big hit on Colton Sissons by Vince Dunn and Yakov Trenin. Spirited affair and a rarely seen referee committee move to keep the fight going. Early love for Trenin in the voting, but Dunn garnering a few votes as well. 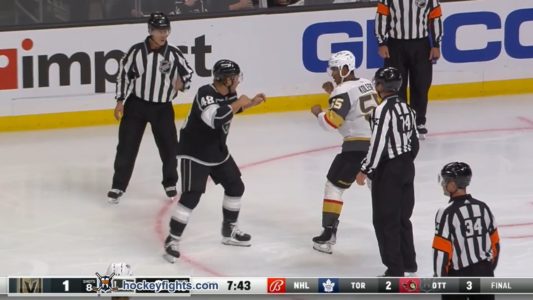 Not sure where this one came from (if you were watching the game, or there, let us know) but the two guys drop em off the draw and square up giving us plenty of time to get some nice screen grab action. Definitely can’t wait to see more from these two in the future Pacific division matchups.