Hockey Fights is an entertainment site with no direct affiliation to the National Hockey League, its teams, or NHLPA
Home > Originals > all of the FIGHTS from last night – November 24th, 2021

Weekdays are alright for fights? Last week we had five fights on Thursday, and seven fights on Tuesday. Yesterday yet another week day and we are blessed with five more fights featuring a 1st overall pick, a young pugilist getting everyone’s attention, two of the biggest draws to hockeyfights.com for the last three years AND the return of a guy who in his last fight was knocked out cold. These storylines and all of the FIGHTS from last night – November 24th, 2021, now: 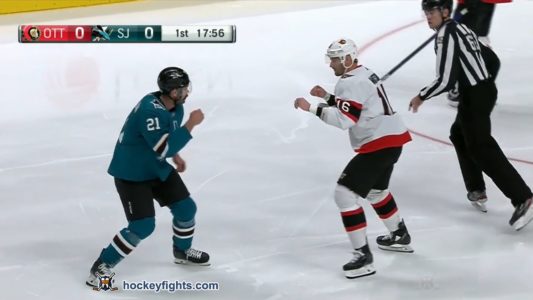 Between Kurtis Gabriel (now with the Leafs) and now Jacob Middleton, the San Jose Sharks are one of the better developers of some fisticuff talent. Come for the fight between the two, stay for Jake Brenk or Reid Anderson’s (the refs) Wes McCauley impression. 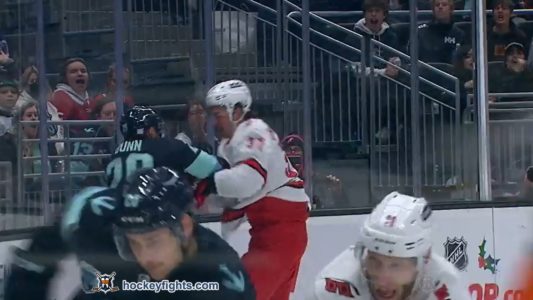 Svechnikov comes in on Dunn and an active stick throws him off the puck. He proceeds to throw a fore arm shiver of sorts and he and Dunn get to shoving. Svechnikov, possibly having learned from his last fight, is the first to get the punch away. Right now, Andrei has a commanding lead in the vote. 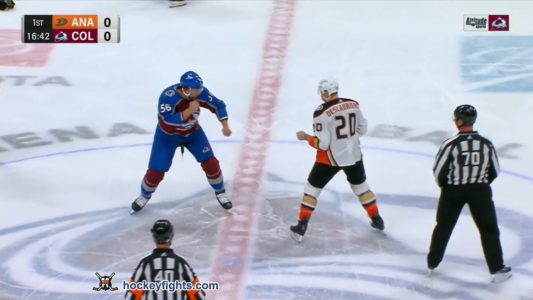 This is an absolute marquee matchup —

Two Hockeyfights fan favourites facing off? Absolutely. The 4th fight between the two in 714 days (and a global pandemic). 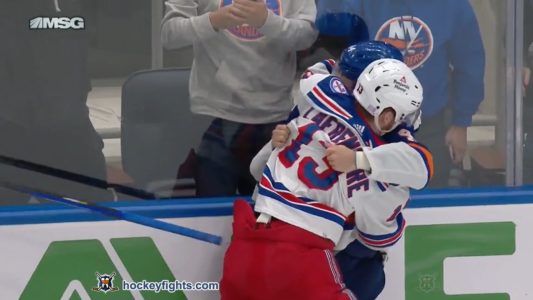 A first overall pick, standing up for his guy who he thought had been hit in the face by JG Pageau earlier (we included that hit in the clip at the end) 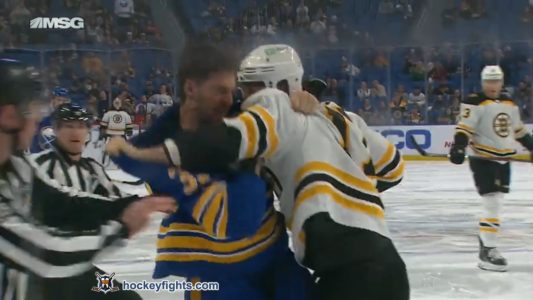 And early fight between the two after battling hard behind the Sabres net. Here’s what one of you had to say:

All I can say is that the linesmen prevented Miller form getting more of a beating than he received. Foligno with a decisive victory