Hockey Fights is an entertainment site with no direct affiliation to the National Hockey League, its teams, or NHLPA
Home > Originals > all of the FIGHTS from last night – January 6th, 2022

My friends and hockeyfights family, it has been a calendar turn and a bit since we last spoke. You, the busy masses who have been working hard and just waiting for a recap of a night like last night. Three fights in Tampa, two fights in Boston, with Buffalo and Los Angeles playing host to one each. As we do every time there is more than three fights you want to see, here are – all of the FIGHTS from last night – January 6th, 2022: 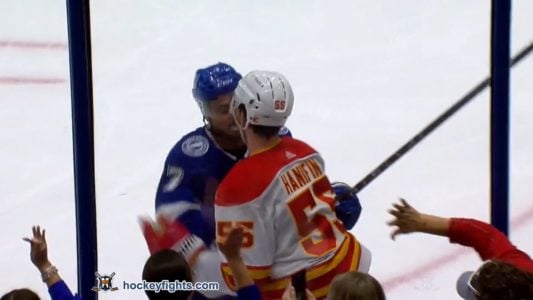 This is one that features a first NHL fight (Joseph) and a 2nd NHL fight (Hanifin). The fight overall is tame, but is a nice appetizer for the main course and dessert to follow. 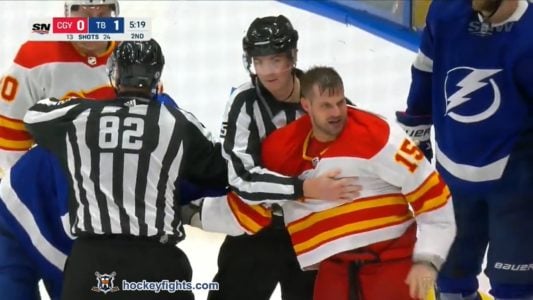 This “fight” is not so much a fight as a glimpse into the hit that caused it. Mathieu Joseph (from the first fight) gets his control tower buzzed by Richardson and Katchouk steps in for his second NHL fight (pattern developing) 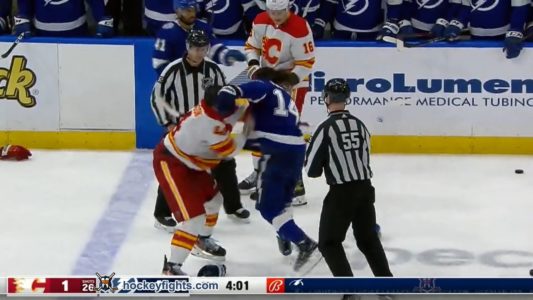 The dessert for the big meal that was three fights in one game, is an absolute mugging of Patrick Maroon. Lots of chatter between the benches as the Lightning put this one out of reach. This wrapped the fray up with a tidy bow. 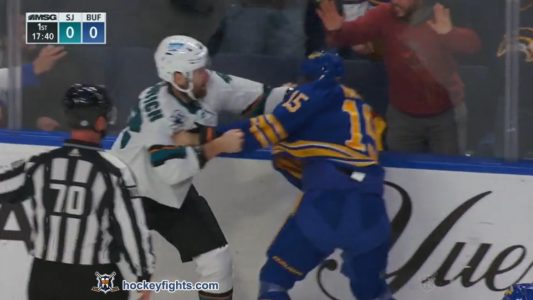 This (as well as the Lemieux/Borowiecki fight) is kind of lost to the night elsewhere. A nice physical shift between the two, ends with a pretty even guard battle. 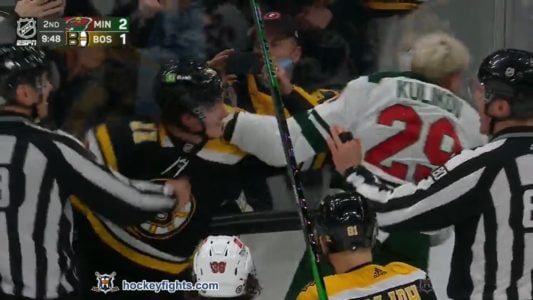 Frederic catches the ire of the Minnesota Wild for this hit on Kirill Kaprizov:

See the fights between Frederic and *checks notes* both –

and Kulikov is on the scene to grab a hold of him. Little did we know, that was just the start of the Trent’s night: 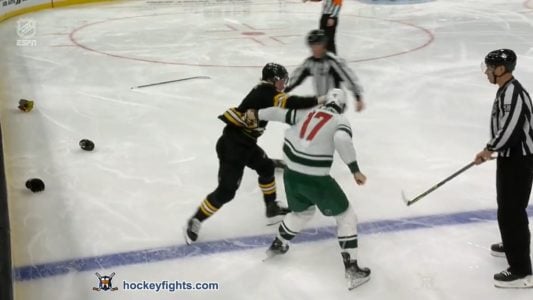 Marcus, under the watchful eye of Bruins Forward Nick Foligno, goes out to have a word with Frederic for his earlier hit. Frederic obliges. 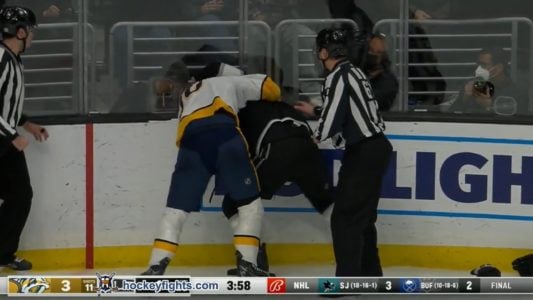 A very guard heavy fight full of frustration and a desire break free of each other. Potential, unrealized.