Hockey Fights is an entertainment site with no direct affiliation to the National Hockey League, its teams, or NHLPA
Home > Originals > 2021 Hockeyfights Playoff Preview – North Division

Welcome, ladies and gentlemen to the penultimate hockeyfights preview of each of the first round matchups with a hockeyfights angle.

If you would like to check out our other division previews, they are coming:

For a division that started with so much promise… it ended up being the weakest division of them all.

Between these two teams, there has only been one fight: 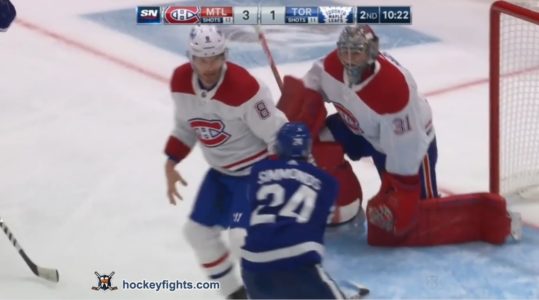 With Ben Chiarot leading at four fights and Corey Perry at three, and on the flip side it’s just up to Wayne Simmonds to carry the load. With having the fight in game one of the season for both teams, it doesn’t seem likely that we will see anything much in the way of hate in this one.

Dream Fight: Wayne Simmonds vs Corey Perry – Would it be a mismatch on paper? Sure but I think Perry could hold his own and put up a good enough fight to make it worth it.

Between these two teams, there has also been only the one fight:

Adam Lowry vs Darnell Nurse from the Winnipeg Jets at Edmonton Oilers game on Feb 15, 2021 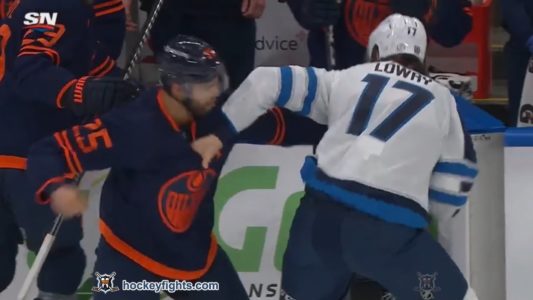 With the Jets being led by Logan Stanley and Nathan Beaulieu with each only having two fights and the Oilers having Jujhar Khaira at four (but his last one, he got absolutely demolished by the Flames Brett Ritchie) the division that gave us so much hope at the start of the year, eliminated our best chances at another good series with some toughness.

Dream Fight: Connor McDavid vs Kyle Connor – THERE CAN BE ONLY ONE CONNOR and really, everyone out here always saying there is nothing McDavid can’t do? Have you seen him fight? He sure knows how to tune up the glass.

Next up we will head to the Central division, where maybe, just maybe we could see some matchups with some actual fun.