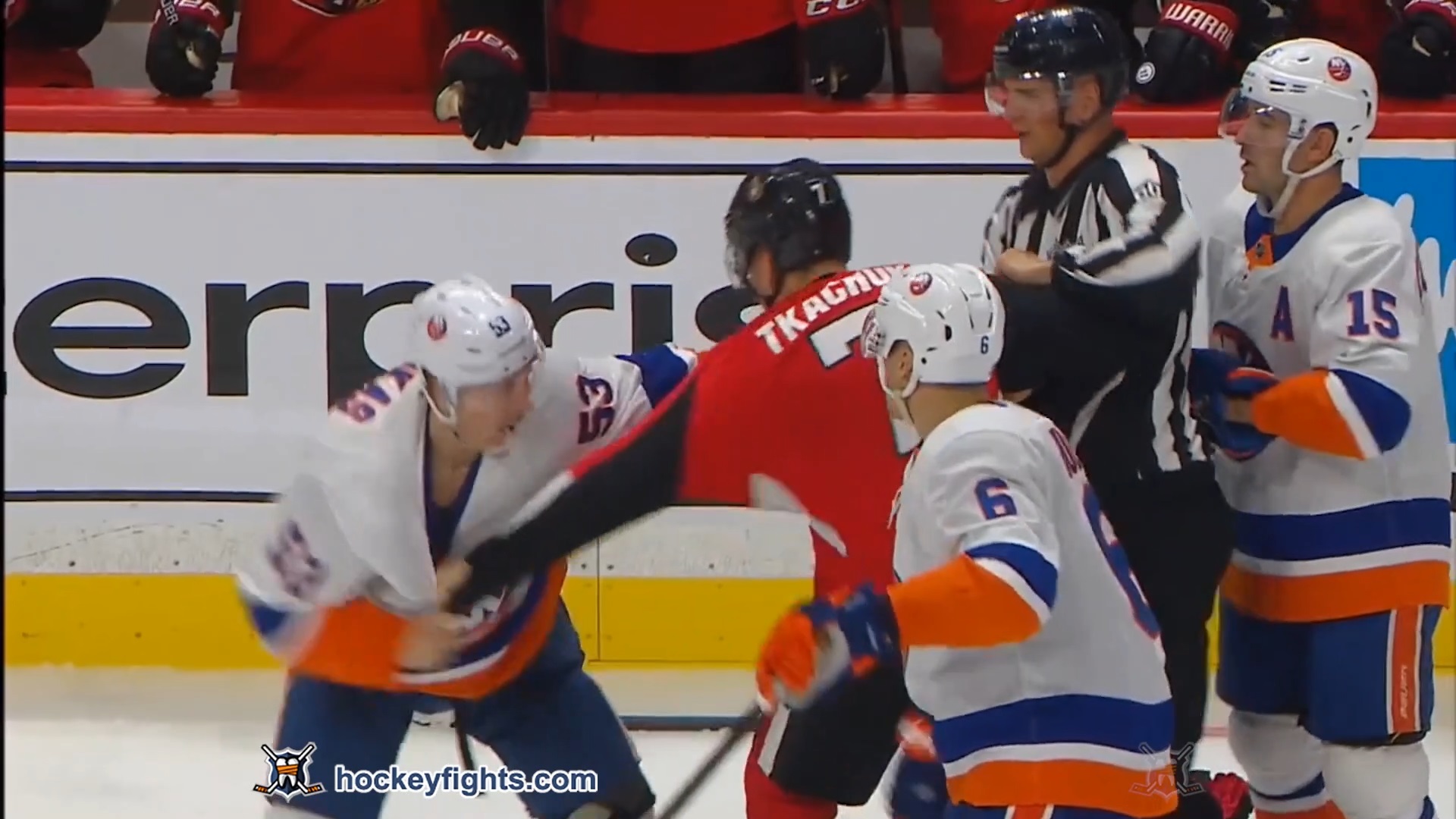 Brady Tkachuk of the Ottawa Senators

This game had some bad blood in it already. Brady Tkachuk and Casey Cizikas came together and started to jostle and shove in front of the Sens bench. They come together and it's fight time.

Tkachuk grabs a hold of Cizikas' collar and tosses him back and forth some and Cizikas looks like he may not even fight; then he tosses off the gloves. Cizikas throws the first big punch, just missing with his right. Tkachuk comes back with his own right as the two start trading blows. Not much landing it seems. Tkachuk throw to rights as Cizikas turns his back and then the two start to wrestle to get back to being face to face. Lots of jostling as they skate towards the boards in front of the bench. Brady gets a body punch in and then they shove some more and as Tkachuk gets shoved into the boards, the refs just step in and stop it.

For Cizikas, this was his first fight of the season. His last fight came in the 2017-18 season on December 9th, 2019 against Jake Debrusk of the Boston Bruins.

This was the 3rd fight for Cizikas in the NHL

For Tkachuk this is his first fight of the season. His last fight came in the 2018-19 season on February 14th, 2019 against Jonathan Ericsson of the Detroit Red Wings.

This was the 4th fight for Tkachuk in the NHL. 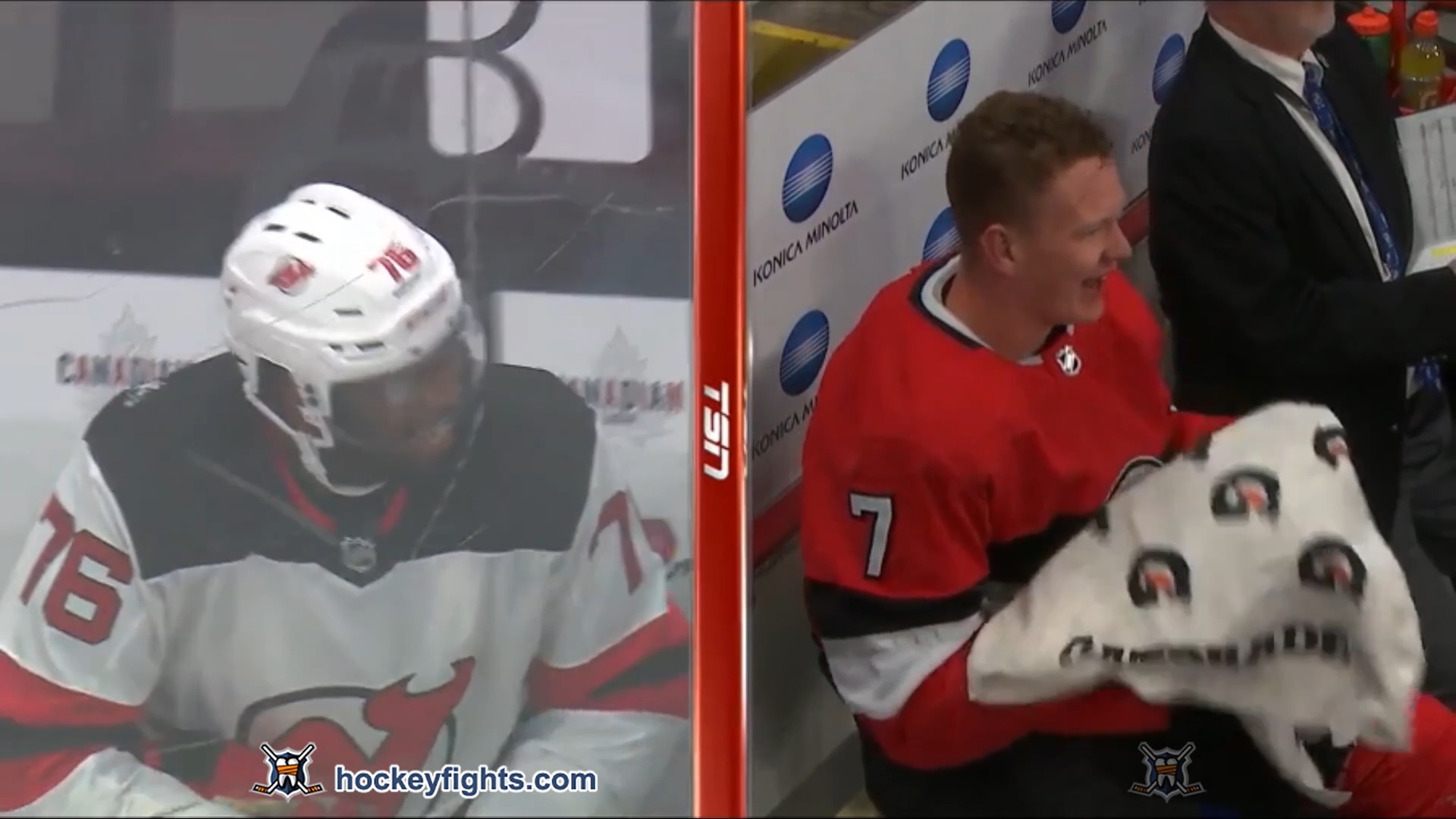 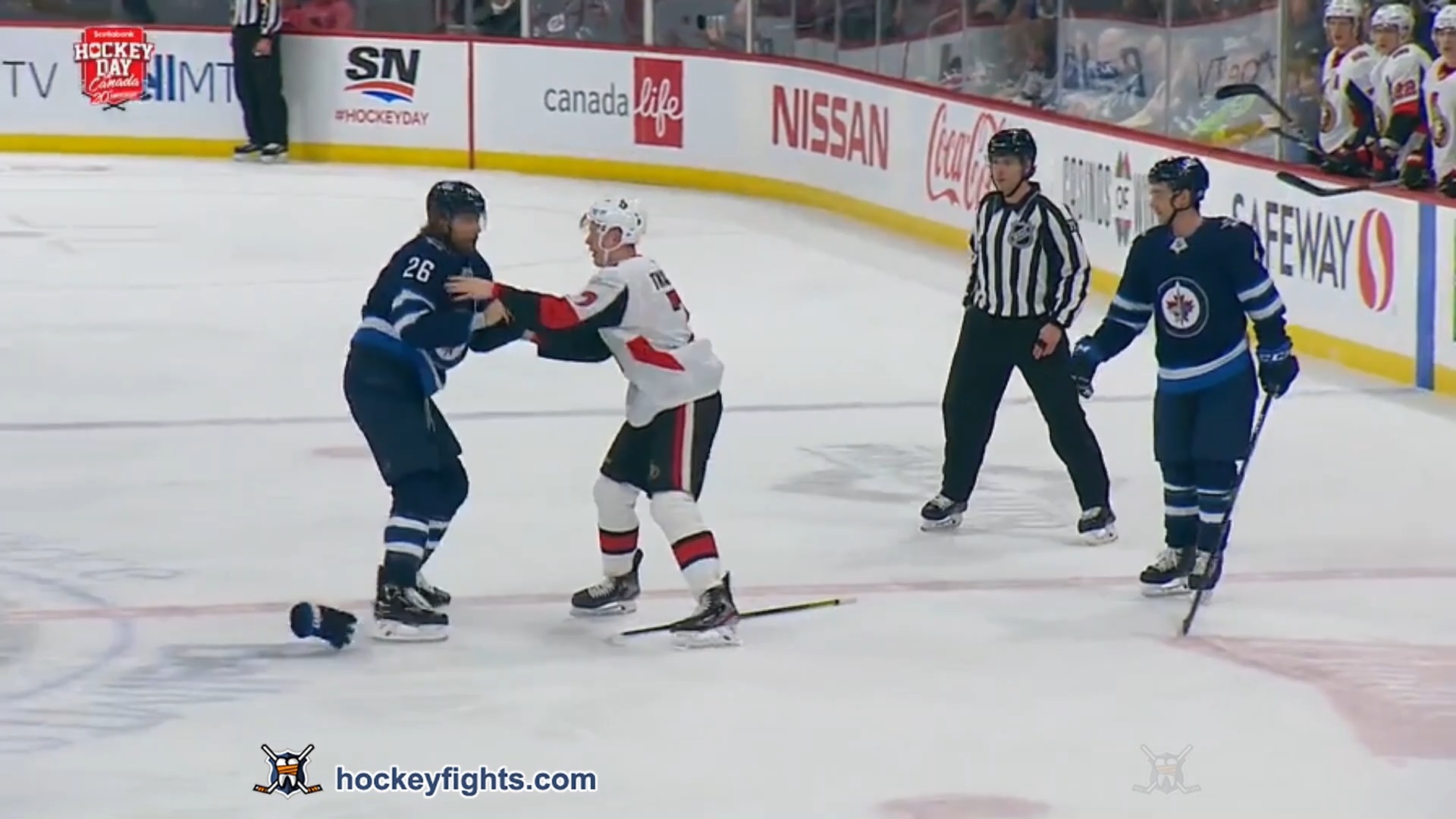 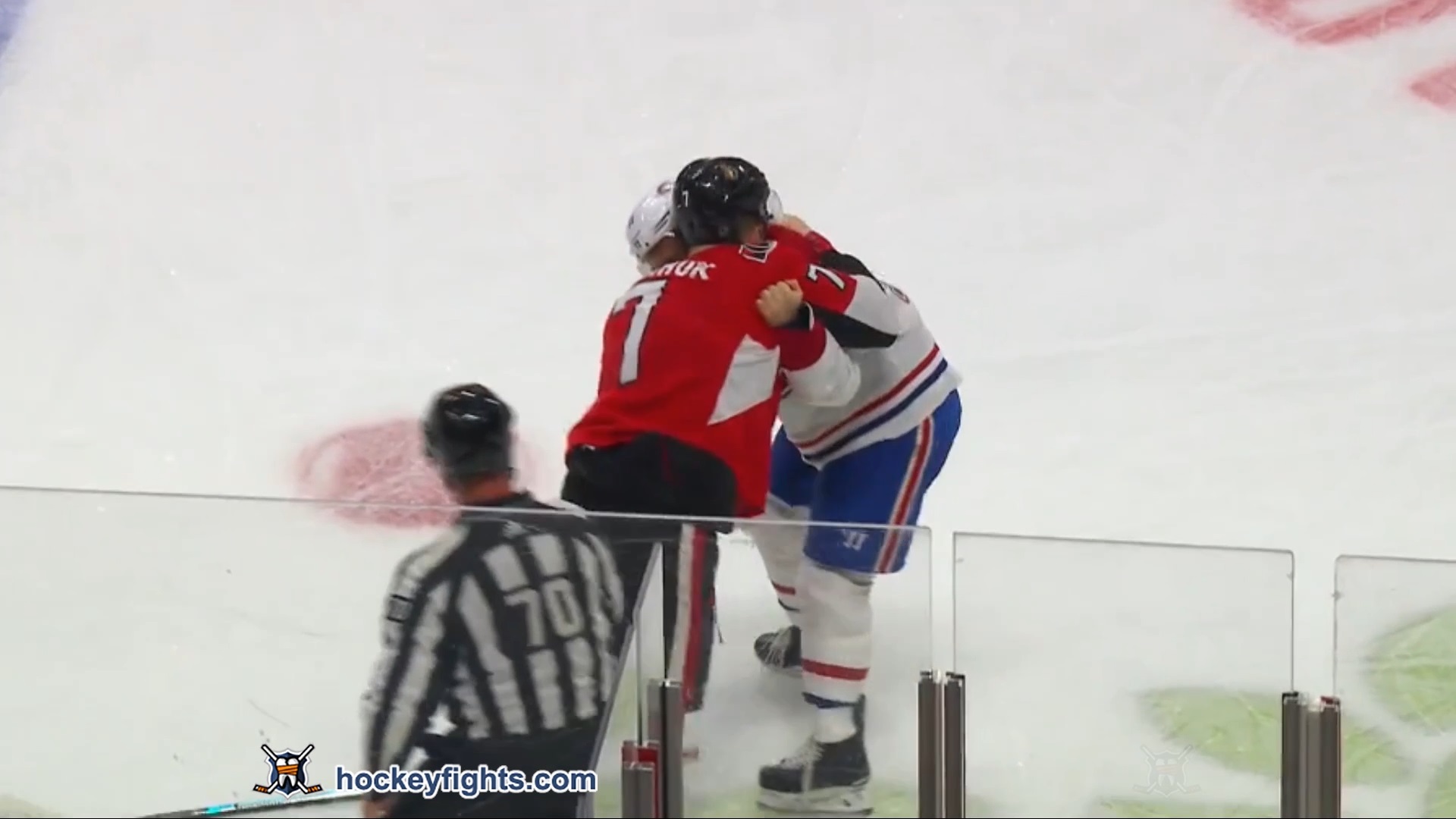